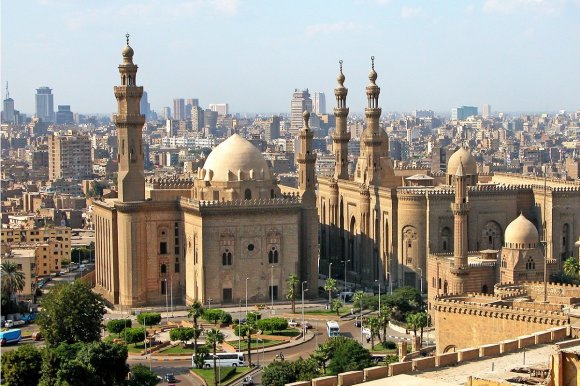 A deal has been signed between Russia and Egypt that will pave the way for commercial flights to resume between the two countries.

The agreement follows a meeting in Moscow between Egypt’s civil aviation minister Sherif Fathi and his Russian counterpart Maksim Sokolov.

Moscow suspended flights to Egypt when a bomb brought down a Russian airliner over Sinai shortly after take-off from Sharm El Sheikh International Airport in October 2015. The terrorist attack on Metrojet flight 9268 killed all 224 people on board.

Egyptian aviation was hit by three further incidents in 2016: the hijacking of EgyptAir Flight 181 in March by a man with a fake suicide-bomb belt; the still-unexplained crash of EgyptAir Flight 804 in May; and the attempted cockpit storming of Air Cairo Flight 462 in September.

However, a protocol on security cooperation has now been signed that will allow direct flights between Moscow and Cairo to resume in February 2018.

The move follows Russian president Vladimir Putin’s visit to the Egyptian capital earlier this month. He praised the country’s efforts to boost security at its airports.

According to figures from OAG, capacity between Russia and Egypt was more than 1.5 million seats prior to Russia’s suspension of flights in October 2015, with Aeroflot, Ural Airlines and the now defunct Transaero Airlines among the carriers to operate services between the two nations.

Although Russian flights between Moscow and Cairo are expected to begin in February, no date has been given when services will resume to Egyptian holiday resorts.