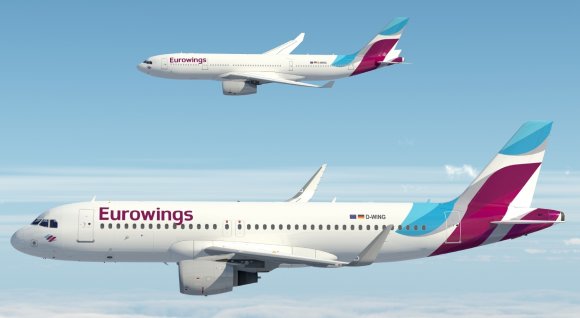 German low-cost carrier Eurowings is set to grow by 30 Airbus A320 family aircraft by summer 2018, following a major breakthrough in negotiations with pilots and crew.

The Lufthansa subsidiary has agreed a collective agreement for growth for the flight operations of Eurowings Germany with service provider union Verdi and pilot union membership body Vereinigung Cockpit (VC).

The new deal means that crews can apply not only to Eurowings Europe but also to flight operations at Eurowings Germany. New aircraft will be added at all German (including Düsseldorf, Munich, Stuttgart, Cologne) locations as well as in Austria and Spain.

“As a result we are now capable of short-term growth in all Eurowings flight operations,” said Eurowings’ managing director, Jörg Beissel.

“From now on, we will be advertising positions there for captains, co-pilots, pursers and flight attendants.”

Eurowings has already hired more than 500 employees in recent weeks, including a large number of flight attendants and pilots from the insolvent Air Berlin.