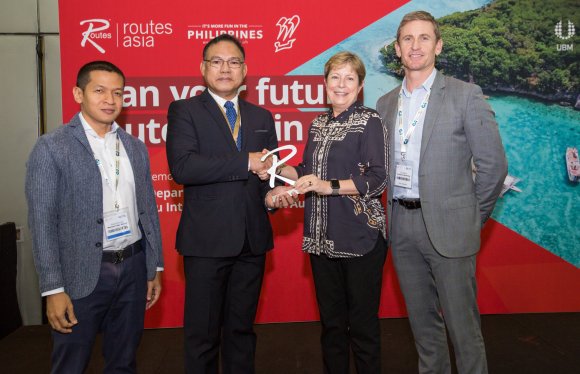 Routes Asia brings together leading airlines, airports and tourism authorities to discuss air services to, from and within the entire Asia Pacific region. Over the last three days, Brisbane Airport Corporation, Brisbane Marketing, Tourism Australia and Tourism and Events Queensland have been hosting Routes Asia 2018. The event in the Brisbane Convention & Exhibition Centre has attracted 950 delegates, including 96 airlines, 146 airports and 23 destinations.

This will be the second time that Philippine Department of Tourism brings Routes Asia to the Philippines after successfully hosting the 2016 event in Manila. Hosting will strengthen Cebu’s connectivity and positioning as a gateway to the rest of the Philippines as well as a major transfer hub to other countries.

Cebu is located at the heart of central Philippines and its main economic drivers are tourism, trade and commerce. The province has experienced tremendous growth in the Information Technology, furniture, manufacturing, ship building and business process outsourcing (BPO) industries. Its main edge remains to be tourism, with the resort island destination boasting white sand beaches, adventure and natural attractions combined with metro living and a rich history.

Steven Small, brand director of Routes said “We are very much looking forward to returning to the Philippines in 2019 and working with the dynamic team at the Philippine Department of Tourism.”

“Routes Asia 2016 resulted in a remarkable increase in international passenger bi-directional traffic from major tourist source markets to the Philippines, with new routes opened in Manila, Cebu, and Davao both by foreign and local carriers. Hosting the 2019 event will fuel further international market growth.”

Erwin Balane, Head of Route Development, Philippine Department of Tourism said “We are quite delighted that once again that Routes has chosen the Philippines, particularly Cebu, as the next host of the biggest aviation event in the region, Routes Asia. Hosting this event in 2016 brought an unparalleled opportunity for the Philippines to promote our international gateways not only to airline executives, but to the entire aviation community in Asia.

“Hosting the 2019 event in Cebu will be a great opportunity for us to not only showcase the amazing and beautiful tourist destinations of the island but also the new terminal of Mactan Cebu International Airport, dubbed as the only “resort airport in Asia”, where air passengers can experience the island resort environment while entering and exiting the terminal.