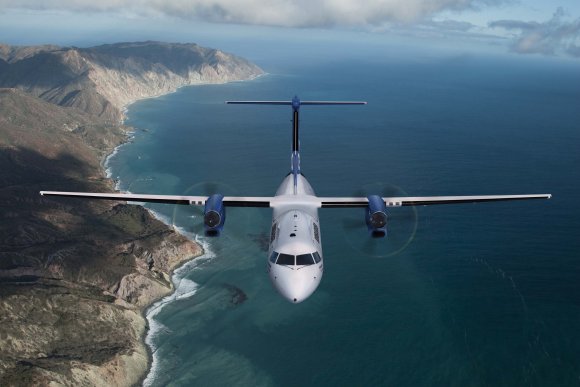 Air Connection Express, a public-private consortium that includes TAAG Angola Airlines, is to buy six Q400 turboprops in a deal valued at $198m based on current list prices.

The airline will operate the Q400 domestically to connect smaller communities and increase frequencies as a regional feeder airline to TAAG Angola Airlines, flag carrier of Angola.

Jean-Paul Boutibou, vice president, sales, Middle East and Africa at Bombardier Commercial Aircraft, said: “The Q400 has proven to be a key contributor to the growth of the network in the region, enhancing connectivity on routes that are not economically viable for larger aircraft.

“Today, more than 37 operators are flying the Q Series in Africa, and we look forward to adding Air Connection Express to the family of Q400 operators.”

Air Connection Express is bringing private and government groups together to create a “stable domestic airline” in Angola. In addition to TAAG Angola Airlines, members of the consortium include Airjet, Bestfly and Air Guicango.

The consortium is said to be in the process of establishing a management team and the operational structure for Air Connection Express.

“This partnership of companies has Angola’s citizen’s needs at heart, and selecting the leading turboprop in Africa will enable us to better serve communities across the country with modern passenger comfort and improved connectivity.”