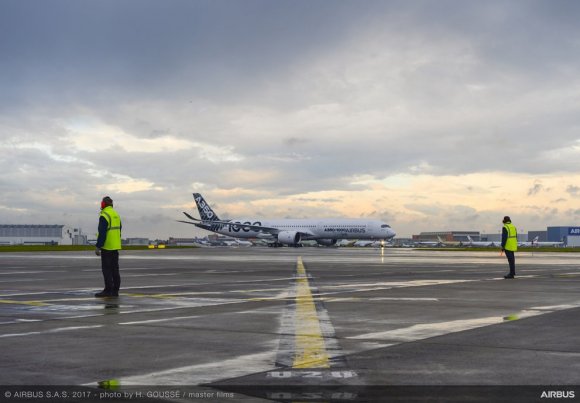 European plane maker Airbus has warned it could leave the UK in the event of a "no-deal" Brexit.

In a risk assessment document published on its website, the manufacturer said it would reconsider its investments in the UK, and its long-term footprint in the country" if Britain left the single market and customs union without a transition agreement.

The company, which makes wings for the A320, A330/A340, A350 and A380 passenger planes in the UK, added that the planned transition period, due to end in December 2020, was too short for it to make changes to its supply chain.

It has therefore decided not to extend its UK supplier base.

Tom Williams, chief operating officer of Airbus Commercial Aircraft, said: “In any scenario, Brexit has severe negative consequences for the UK aerospace industry and Airbus in particular. Therefore, immediate mitigation measures would need to be accelerated.

“While Airbus understands that the political process must go on, as a responsible business we require immediate details on the pragmatic steps that should be taken to operate competitively.

“Without these, Airbus believes that the impacts on our UK operations could be significant. We have sought to highlight our concerns over the past 12 months, without success.

“Far from Project Fear, this is a dawning reality for Airbus. Put simply, a No Deal scenario directly threatens Airbus’ future in the UK.”

Airbus has four major engineering and manufacturing facilities in the UK and 14,000 employees at 25 sites.

The company’s warning comes days after it emerged that the UK's Department for Transport (DfT) has started recruiting for two key aviation roles, just nine months before the UK is due to exit the European Union.