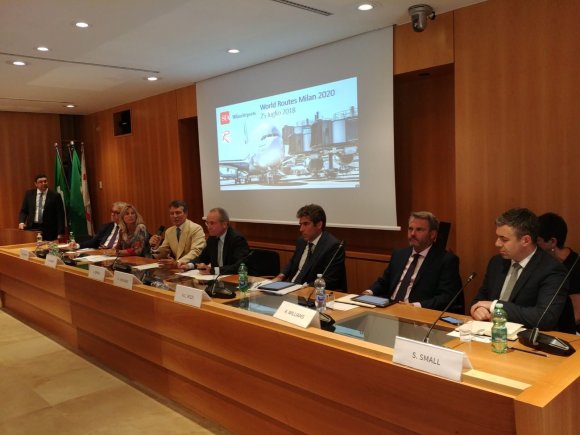 After a very competitive selection process, SEA, the group responsible for managing Milano Malpensa and Milano Linate airports, has won the bid for World Routes 2020 on behalf of Milan and the Lombardy region.

World Routes is a unique event that moves from city to city every year to highlight different international aviation markets. It serves as the ultimate event for airlines, airports, tourism officials and suppliers. The three-day gathering grants unprecedented opportunities for senior decision makers to meet face-to-face and discuss the future of air services, develop and plan network strategy and explore new route opportunities.

One of Italy’s tourist hotspots, Milan is the perfect city to host such an event. One of the most connected and easily accessible cities in the world. The Lombardy region, of which Milan is the capital, is the third most populated region of Europe with 10 million inhabitants and is serviced by three airports - Malpensa, Linate and Orio al Serio. These airports, which welcome more than 39 million passengers annually, are gateways to the world and their development is key to Milan’s status as a cutting-edge international metropolis.

On why the SEA group was successful in its bid, Routes' brand director Steven Small said: “SEA’s aim is to further connect the city to the world, especially to Asia and the Americas, and hosting the 26th World Routes event will be a great platform for this.

"Milan has cultivated a thriving conference industry in recent times, having hosted EXPO 2015 which more than 20 million people attended – I feel that hosting the forum here will consolidate Milan’s growth and enhance the astonishing legacy of World Routes.”

Attilio Fontana, president of Regione Lombardia, said: “We have to consider positively any international event that brings an important and wide visibility in Milan and Lombardy. World Routes is an event that will contribute to increase the economic development of our territory.

"The airports and any activity linked with them are central and important for any productive sector: for this reason it is important to sustain their development and make them as competitive as possible."

Giuseppe Sala, mayor of Milan, added: “Few European cities, like Milan, can offer modern infrastructure, easy access from 190 world destinations in to the world-class Airports of Linate and Malpensa – awarded best European Airports by ACI in 2015. This city has over 47,000 hotel rooms and a far-reaching and low-cost public transportation network.”