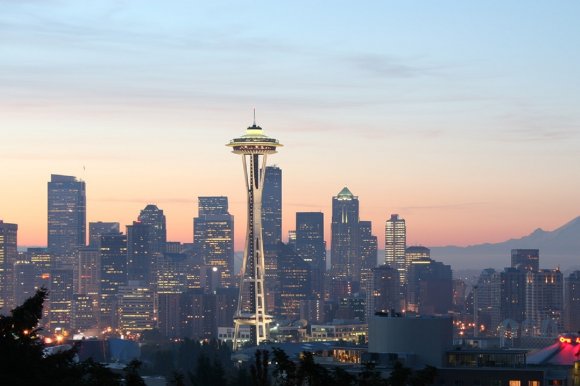 Cathay Pacific will commence a new non-stop service to Seattle on 31 March 2019, providing the only direct link between the two destinations. The route, which will be operated by Airbus A350-900 aircraft, underscores the airline’s expansion strategy to connect new destinations not otherwise served from Hong Kong and to link with tech hubs across the world. Seattle is home to the likes of Amazon, Microsoft and Starbucks.

The four-times-weekly service to Seattle will become the airline’s eighth passenger gateway in the US and its tenth in North America. It currently serves Boston, Chicago, Los Angeles, New York (JFK), New York (Newark), San Francisco, Toronto and Vancouver. A new service to Washington DC will commence on 15 September 2018.

Qatar Airways will launch a five-weekly service to Gothenburg starting on 12 December 2018, making it the airline’s second Swedish gateway after Stockholm. The route will be operated by a Boeing 787-8 aircraft, with 22 seats in Business Class and 232 seats in Economy Class.

Gothenburg, Sweden’s second-largest city, is set to grow by almost a third by the end of 2035. It is an important industrial and business centre, with the largest port in the Nordic countries. The airline cited the country’s strong economy and desire to expand in Scandinavia as reasons behind the route launch.

Qatar Airways launched flights to Stockholm’s Arlanda Airport in 2007. The Stockholm-Doha route operates 14 flights per week and is also operated by a Dreamliner. In addition, the launch of cargo belly-hold flights out of Gothenburg will also provide a direct uplift for exports to trade markets in Africa, Middle East, Asia, Australia and New Zealand via Doha.

Vietnamese low-cost carrier Vietjet is to start a daily Ho Chi Minh City – Osaka route from 14 December 2018, operated by Airbus A321 aircraft. Vietjet will be in competition with Vietnam Airlines, which currently operates a daily service.

The route will be the airline’s second to Japan following on from its debut Hanoi – Osaka service, which will commence on 8 November. Its entry into the Japan market comes a year after Vietjet and Japan Airlines reached a formal partnership agreement that includes codesharing.

The number of Japanese visiting Vietnam has been increasing in recent years, hitting a record high of 798,000 in 2017. The number of Vietnamese coming to Japan is also rising, reaching 300,000 visitors last year. This was a 32.1 percent rise on the previous year.