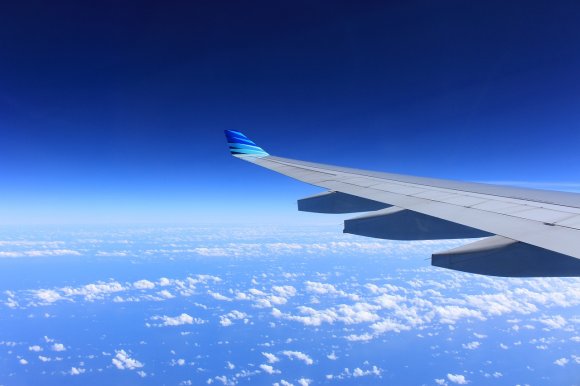 Global passenger traffic demand (measured in total revenue passenger kilometres) rose by 7.8 percent in June 2018, compared with the same month a year ago.

The International Air Transport Association (IATA) said this was up from 6 percent year-over-year growth recorded in both May and April. June capacity (ASKs) increased by 6.5 percent, and load factor rose 1.0 percentage point to 82.8 percent.

The first six months of 2018 produced demand growth of 7 percent, but down from 8.3 percent growth recorded in the first half of 2017.

"The first half of 2018 concluded with another month of above-trend demand growth, which is a good indicator for the peak summer travel season in the northern hemisphere,” said Alexandre de Juniac, IATA’s director general and chief executive.

“But the looming prospect of a global trade war is casting a long shadow. Additionally, rising cost inputs - fuel prices have soared by approximately 60 percent over the past year - are reducing the stimulus of lower fares.”

Asia-Pacific airlines’ June traffic rose 9.5 percent compared to the year-ago period, up from 7.7 percent growth recorded in May year-over-year. Capacity rose 7.4 percent and load factor edged up 1.5 percentage points to 80.6 percent. Demand is being stimulated by robust regional economic growth and increased city-pair options for travellers.

Middle Eastern carriers posted an 11 percent demand increase in June compared to the same month last year. This was a sharp turnaround from the flat traffic growth in May, which was partly attributable to the timing of Ramadan between the two years. Results were also affected by unfavourable developments in the year-ago period, including the ban on large portable electronic devices, as well as the travel restrictions imposed by the US for visitors from certain Middle East and African countries. Capacity rose 8 percent and load factor climbed 1.9 percentage points to 71 percent.

European carriers saw traffic rise 6.1 percent in June compared to June 2017, down slightly from a 6.3 percent year-over-year increase recorded in May. Capacity climbed 4.8 percent and load factor rose 1.1 percentage points to 86.8 percent, highest among the regions. Growth is supported by a relatively healthy economic backdrop. However, the possibility of air traffic control strikes could affect growth over the coming months.

North American airlines’ demand rose 5.9 percent compared to June a year ago, an improvement from 5 percent growth recorded in May. Capacity climbed 3.6 percent, with load factor increasing 1.9 percentage points to 86.7 percent. Increasing momentum in the US economy is supporting growth in passenger volumes, but prospects of further escalation in trade disputes could affect future demand.

Latin American airlines experienced a 5.6 percent rise in traffic compared to the same month last year. This was down from 7.9 percent year-over-year growth in May and there are some possible indications of a slowing in demand growth. Capacity increased by 6.5percent and load factor slipped 0.7 percentage point to 81.4percent. Latin America was the only region to post a decline in load factor in June.

African airlines’ traffic soared 10.9 percent in June, up substantially from just 2.1 percent growth in May, although this partly also reflect volatility in the monthly data. Capacity rose 5.5percent, and load factor jumped 3.3 percentage points to 68 percent. Higher oil and commodity prices are buoying the economies in a number of countries, including Nigeria.

Demand for domestic travel climbed 7.9 percent in June compared to June 2017, up from the 6.7 percent annual growth seen in May. June capacity increased 7.5 percent, and load factor edged up 0.3 percentage point to 84.5 percent. Led once again by double-digit gains in India and China, all markets reported demand increases.