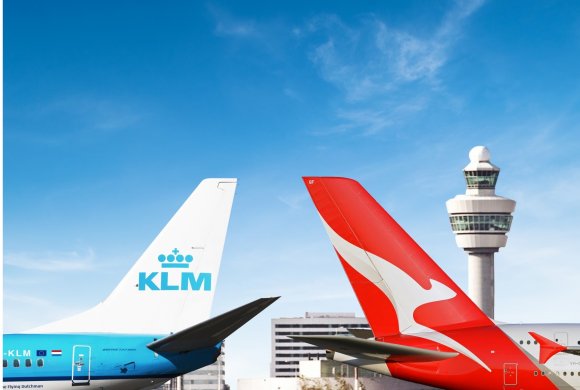 Qantas and KLM have signed a new codeshare agreement for passengers travelling between Australia and Holland.

Alison Webster, chief executive of Qantas International, said the new codeshare was part of the airline’s strategy of building strong partnerships with other airlines to improve travel options for its customers.

KLM chief executive Pieter Elbers added: “Australia is an important destination for business and leisure travellers, which is why Qantas is such an important partner.”

Qantas Frequent Flyers will be able to earn points and status credits when travelling on the Qantas-coded flights between Singapore and Amsterdam. Eligible customers will be able to access to the KLM Lounge in Amsterdam, in addition to the Qantas lounges in Australia and Singapore. The carriers are also exploring redemption opportunities on codeshare flights.

In return, Cathay Pacific will add its code to 13 routes on Qantas’ domestic network in Australia.

In addition, it continues to codeshare on Emirates’ services between Amsterdam and Dubai. The Emirates alliance that was formed in 2012 and renewed in March this year.