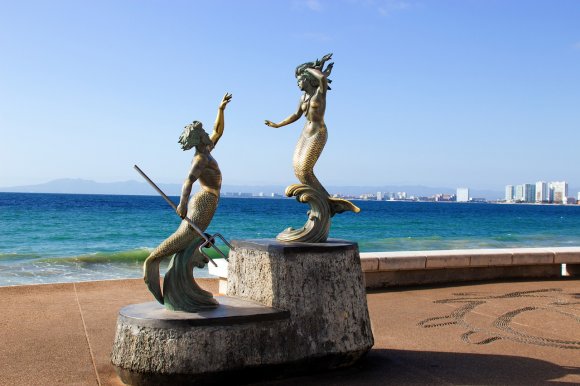 Swoop is opening four non-stop routes to three popular leisure destinations in Mexico from early next year, two from Hamilton and two from Abbotsford. The Canadian ultra low-cost carrier will operate a twice-weekly service from Hamilton to Puerto Vallarta and three-weekly to Cancun. From Abbotsford there will be service to Mazatlan and Puerto Vallarta, both twice-weekly. Although the O&D market between Hamilton and Puerto Vallarta is tiny, Swoop’s low fares are likely to stimulate demand and capture a share of the traffic from nearby Toronto. The overall O&D market between Toronto and Mexico was 1.16 million in 2017, a rise of 22 percent on the previous 12 months. Puerto Vallarta is currently served non-stop from Toronto by Air Canada, AirTransat and Swoop’s parent WestJet.

Star Alliance member Air India is next month making changes to its network from London Heathrow. As reported by Airlineroute, it has closed reservation for the three-weekly London Heathrow – Newark from 16 November 2018, but will introduce a Bangalore – London Heathrow service a day later using Boeing 787 Dreamliner aircraft. The BLR-LHR route is currently served by British Airways, which operates a daily flight. Bangalore is one of India’s main technology hubs and was named the world’s most dynamic city in 2017 by the World Economic Forum. Air India said it hopes the new non-stop service will “fulfil the long standing demand” of IT professionals and health tourism in the region. The directionality will be interesting as the Air India brand will pull the Indian market, while London is obviously a huge draw for the growing middle class in Bangalore.

WestJet is to operate three routes on its new Boeing 787-9 Dreamliners from Calgary to London Gatwick, Paris Charles de Gaulle and Dublin from 28 April, 17 May and 1 June respectively. The Dublin service will operate three days per week and will be the only direct scheduled service between the two cities. Dublin Airport estimates that about 21,000 people per year travel between Dublin and Calgary on indirect air services. About 14 percent of Canada’s population is of Irish descent and more than 70 Canadian firms have businesses in Ireland, employing a total of more than 13,000 people. Dublin was WestJet’s first ever transatlantic destination, as the airline launched its Dublin-St John’s Newfoundland service in the summer of 2014.