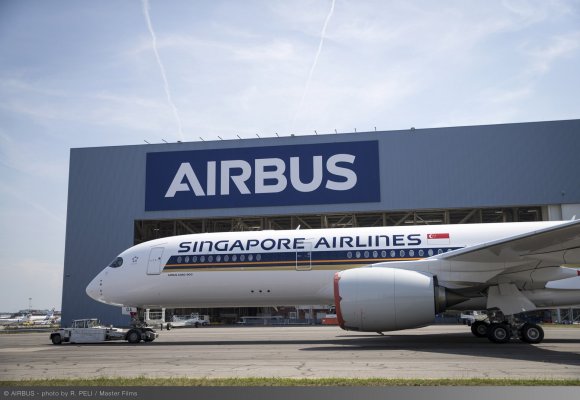 Almost five years after stopping the service, Singapore Airlines (SIA) has retaken the crown as the operator of the world’s longest commercial flight.

The Airbus A350-900ULR service between Singapore and New York Newark (EWR) covers a distance of approximately 15,336 km with a block time of 18 hours 45 minutes.

It will initially be served three times a week, departing Singapore on Monday, Thursday and Saturday. Daily operations will commence from 18 October after an additional A350-900ULR aircraft enters service.

The previous longest flight in the world was Qatar Airways’ service between Auckland and Doha, which covers a distance of approximately 14,526 km and takes about 17 hours 30 minutes.

SIA is the world’s first customer for the new A350-900ULR, with seven on firm order with Airbus. The aircraft will be configured in a two-class layout, with 67 Business Class seats and 94 Premium Economy Class seats.

SIA served the Singapore-Newark until November 2013, when services were suspended after the aircraft used at the time, A340-500s, were returned to Airbus. By the time it was discontinued, the route was a 100-seat all-Business Class flight.

According to figures from Sabre Market Intelligence, the O&D market size between Singapore and New York is about 120,000 passengers annually. In the 12 months to the end of June 2018, Frankfurt, Hong Kong and Tokyo Narita were the top three connecting hubs for passengers travelling between the two cities.