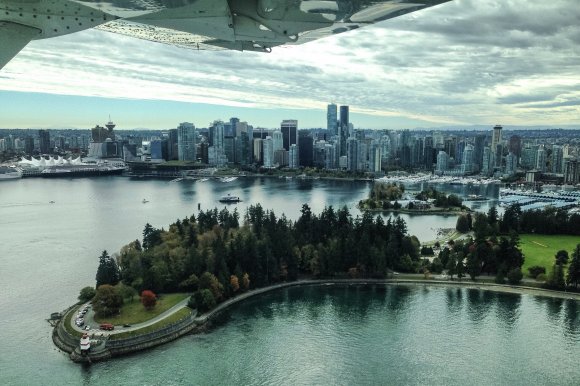 WOW has opened reservation for its third route to Canada, with flights from Reykjavik Keflavik to Vancouver set to begin in June 2019. The Icelandic low-cost carrier intends to serve the route six-weekly, operated by Airbus A321 aircraft. WOW, which currently operates daily flights from Reykjavik to Montreal Pierre Elliott and Toronto Lester B Pearson, will compete on KEF-YVR with Icelandair, which began a seasonal service in May 2014 and now operates the route year-round. The planned new route to Vancouver comes as WOW is scaling back some US routes, ending service to three cities. Flights to Cincinnati and Cleveland will end this month while service from St. Louis will be discontinued in early January. In addition, booking is unavailable on flights to New York JFK and Dallas beyond 26 October 2018, although the airline has not confirmed whether the routes have been cancelled.

Delta Air Lines in summer 2019 is introducing its eighth transatlantic service from Boston, with non-stop flights to Edinburgh in Scotland. The daily flight to Logan International Airport will come into operation from 24 May and will complement the airline’s existing daily New York-JFK flight. It will operate in conjunction with Delta’s joint venture partner Virgin Atlantic. The service will use a 163-seat Boeing 757-200ER aircraft, offering 16 fully flat-bed seats in the Delta One business class cabin. In 2017, the US was Scotland’s largest source market for inbound tourism measured by number of visits, number of nights and expenditure. Delta's Edinburgh service follows recently announced non-stop service from Boston to Lisbon.

From 4 April 2019, British Airways will launch a twice-weekly summer service from Heathrow to Charleston in the US state of South Carolina. The service will be operated by a Boeing 787-8 Dreamliner and will become the first transatlantic route for Charleston. It also takes the number of US destinations BA flies to from London next summer to 29 and follows the recent announcement that the carrier will serve Pittsburgh from April with four flights per week. North Charleston is now home to the second largest Boeing manufacturing facility where it is currently building the 787-10 Dreamliner. BA will take delivery of 12 new Boeing 787-10s between 2020 and 2023. The new flight is projected to generate an estimated economic impact for Charleston of $20.2m annually.