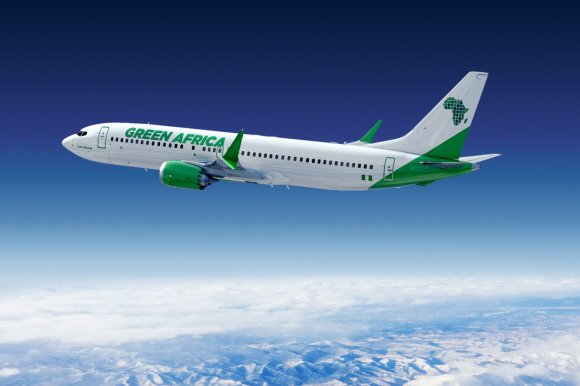 Nigerian start-up Green Africa Airways has signed a commitment for up to 100 Boeing 737 MAX8 aircraft as the airline prepares to begin commercial operations.

The total deal carries a list-price of $11.7bn, the largest aircraft agreement from Africa, and is evenly split into 50 firm aircraft and 50 options.

Babawande Afolabi, the low-cost carrier’s founder and chief executive, said it was a “historic day for the Nigerian and African aviation industry”.

He added: “This landmark deal takes us much closer to our long-held dream of building a world-class airline that will unlock a new realm of positive possibilities for millions of customers.

“Broadly speaking, this deal is a bold symbol of the dynamism, resilience and soaring entrepreneurial drive of the next generation of Nigerians and Africans.”

Green Africa Airways, based in Lagos, has already received its Air Transport License from the Nigerian government.

Vahidi said Nigeria is “uniquely positioned to be the home of the next major value airline”. According to figures from OAG Schedules Analyser, the country’s low-cost market represents about 16 percent of total capacity.

“The strategic partnership with Boeing positions Green Africa Airways to expand and improve air travel for customers in Nigeria, and further strengthens the relationship between the United States, Nigeria and Africa,” Vahidi added.

Green Africa Airways initially plans to develop the Nigerian market and then build a pan-African network. According to Boeing's 20-year Commercial Market Outlook, airlines in Africa will require 1,190 new aircraft as the continent boosts both intra-continental and intercontinental connectivity over the next couple of decades.

Earlier this week, Nigeria’s president Muhammadu Buhari commissioned a new terminal at Nnamdi Azikiwe International Airport Terminal in Abuja. It is the second major aviation infrastructure development to be opened in the country in as many months following the inauguration of Port Harcourt International Airport’s new $600m terminal.

Buhari said the government was “committed to developing Nigeria into regional air transportation hub and thereby assuming its leadership in the aviation sub sector in Africa”.

In July, aviation minister Hadi Sirika announced plans for the launch of a new flag carrier called Nigeria Air during a ceremony at the Farnborough International Airshow. He said the airline had identified 81 routes out of “more than a thousand considered”.

However, the project was suspended in September and means the country’s wait for a new national carrier goes on.

Speaking to Routesonline in December, Ethiopian Airlines chief executive Tewolde GebreMariam said the airline retains its ambition to create a new national carrier in Nigeria. But he admitted that further discussions would not take place until the country’s political future is resolved.

“There is no update because the country is going to election in February, so they are busy with the election process,” he said. “But maybe after the election.”

Nigeria's first national air carrier Nigeria Airways closed in 2003, while Air Nigeria ceased operations in 2012. Arik Air is currently the dominant player in the country’s market with a 24.6 percent share of available departure seats in 2018, followed by Air Peace with 16.5 percent.

Capacity in the Nigerian market has returned to growth in 2018, OAG Schedules Analyser data shows, with a 4.2 percent rise in the number of departure seats compared with 2017. This year there will be approximately 10.1 million seats, up from 9.6 a year ago.