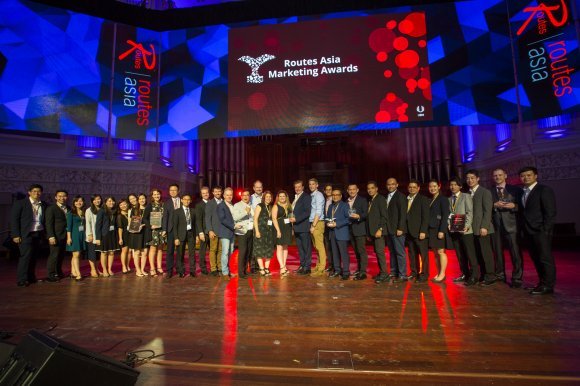 The Routes Asia Marketing Awards recognise excellence in airport and destination marketing. Voted for and judged by the airline network planning community, the awards are some of the most prestigious accolades within the route development community.

Voting for the Routes Asia 2019 Marketing Awards opened on Wednesday 2 January. A record number of votes were received for the Routes Asia 2018 Marketing Awards and this year’s edition has been equally competitive. Airline network planners can nominate five airports and five tourism bodies that have supported the expansion of existing services and launch of new routes through the provision of data, innovative marketing techniques and overall results. Have your say.

Last year, Kuala Lumpur International Airport was crowned the overall winner of the Routes Asia 2018 Marketing Awards. Upon winning the award Mohamed Sallauddin, general manager of airline marketing for Malaysia Airports Holdings Berhad, said: “This is a fantastic achievement and tremendous recognition of the success we have achieved so far. Over the past two years, we have reimagined how we work with airlines and this rewards the effort the team has made.

Shortlisted organisations will be notified on Tuesday, 29 January and the full shortlist will be announced in the Routes Weekly on Friday, 1 February. Have your say today and help set the benchmark for route development marketing.