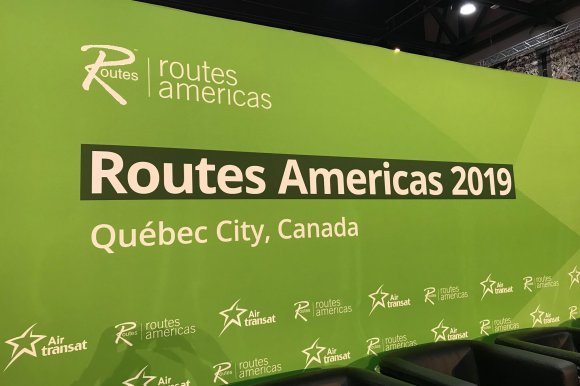 Route development tied to tourism requires continuous collaboration between stakeholders -not only to grow, but also to ensure that shifting demands of travelers can be met, a panel of airline and travel industry executives have stressed at Routes Americas 2019.

Nancy Houley, cruise market director for the Quebec Port Authority, cited her region's approach as an example. The St. Lawrence River has nine ports of call, which together create an enticing offering for cruise operators. The region, which includes Montreal, has banded together in joint marketing efforts.

But limitations down the river past Quebec means Quebec City can handle larger ships than Montreal. So while the marketing is coordinated, it also targets appropriate operators: 3,000-plus-capacity ships for Quebec City, and smaller cruise-liners for Montreal.

Airports in the region glean benefits from the approach by sharing the passenger throughput, she says. Often, however, they can play more prominent roles in landing new tourism business.

lvaro Leite, chief commercial officer at VINCI Airports, references examples of airports within his company's portfolio sharing some added revenue with an airline that starts a new leisure route. Such agreements should be part of a joint effort among stakeholders that shares both risk and reward.

"At the end of the day, it needs to be a circle between the [national] governments, local authorities, hotels, tour operators, and airlines," he says. "If this circle works well, everyone is going to have more revenue. That's why it's so important to work together."

TUI aviation manager airport commercial negotiations Simon Elliott says he tries to convey to airport partners that TUI's business isn't about filling airplanes, but rather selling end-user experiences. Getting customers to and from the airport is just as important as the in-terminal experience, for instance.

"As a company, we fill resorts or cruise ships, and then we fill the aircraft," he says. "It's almost a guaranteed 95 percent-plus load factor. We try to develop with the airport how to best serve our customers," he adds, from getting them to their destinations to offering them on-airport amenities.

Airlines understand the value of a long-term partnership, and the need to invest up front. When the airline and an airport are in lock-step on a destination's potential, investing in service becomes easier, says Michèle Barre, VP network, revenue management and pricing at Air Transat.

"We want to invest for the long term. Our job is to convince our boards to do the right thing."

Having options available to suit these preferences - from a carbon-offset option on an airline ticket to an entire destination that emphasises a green footprint- must be part of future planning.

The trend will touch everyone involved, he warns, including airports that can provide lounges and more exclusive ground-transportation options to local governments that might not have the appetite for a 1,000-room hotel, but would consider a 200-room resort that delivers the same economic benefits.

"Tailoring offerings for both high-margin and mass market will be a future challenge," he says, saying that the timeline for disruption can likely be measured in months, not years. "How we're going to approach it--all of us--is an important question. There are lots of opportunities, but it is scary as well."