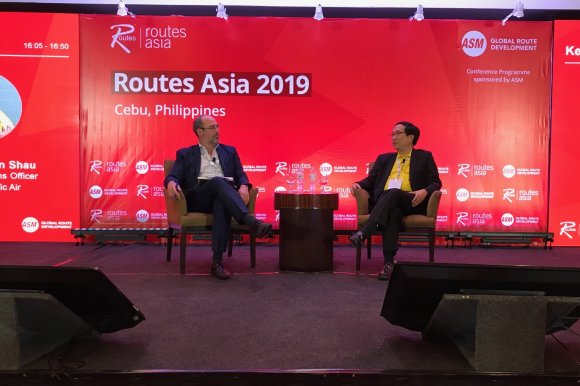 Philippines-based carrier Cebu Pacific is set to expand its route network from its hubs at Cebu and Clark this year on the back of increasing demand from tourists for more direct connections.

"Creating direct links between domestic destinations and our other hubs will spur tourism and movement of goods and investments, whilst doing away with having to pass through the main hub in Manila."

Clark International Airport has served as the hub for north and central Luzon of Cebu Pacific for the past ten years. It has emerged as one of Asia’s fastest-growing airports, with passenger volume breaching 2.5 million in 2018.

Over the past six months, the airline has boosted frequency in Clark by more than 75 percent, with direct connections to Cebu, Caticlan (Boracay), Tagbilaran, Davao, Singapore, Macau and Hong Kong.

“We are also in the final stages of launching a new route between Cebu and mainland China. We’ll have more details on that soon,” added Shau.

Cebu Pacific had earlier stated it would ramp-up capacity in its Cebu hub by as much as 20 percent in 2019. Routes in development for its Cebu hub are focused on North Asia markets such as China, Korea, and Japan.

“The Philippines is the closest tropical destination from North Asia. Cebu and the 166 islands within the province alone boast of some of the best tropical getaways in the world. It’s a logical choice to be our ‘beach hub’ with easier access to world-class beaches, dive spots and resorts.”

Cebu Pacific is the largest carrier operating in Cebu, with 20 direct domestic connections, including some of the best tropical destinations such as Boracay (Caticlan), Camiguin, Puerto Princesa and Siargao; as well as flights to Hong Kong, Macau, Tokyo (Narita), Singapore and Incheon.

Aside from its Clark and Cebu hubs, Cebu Pacific operates flights out of five other strategically placed hubs in the Philippines: Manila, Kalibo, Iloilo, Davao and Cagayan de Oro (Laguindingan).

The carrier has maintained leadership in the domestic market with 37 destinations and 2,130 weekly flights. Coupled with 26 international destinations, the entire Cebu Pacific network covers over 108 routes spanning Asia, Australia, the Middle East, and the US.