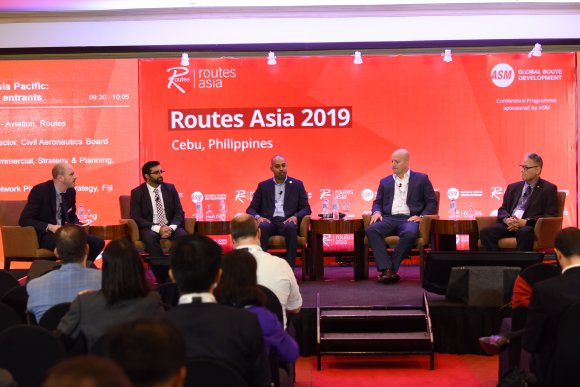 Ultra long-haul routes are unlikely to become a major trend thanks to the lack of supporting markets.

Speaking at Routes Asia 2019 in Cebu on a panel debate concerning the future of aviation in Asia, Fiji Airways general manager network planning and strategy John Checketts said the recently launched Qantas flight from Perth to London will prove to be an exception, not a rule.

He added: "There's a limited number of markets where that can work with that non-stop long-haul service.

"Fiji is a limited destination and I don't see a large market where people will travel for 20 hours to get there."

Checketts added the problem was further compounded by the fact that the outbound market from the Pacific island is not big enough to make up the short fall.

Boeing regional director of network and fleet strategy Neil Hathni agreed, adding the only markets where they could work are the ones where the passengers are prepared to pay the premium demanded in return for the convenience of a one-stop flight.

Meanwhile, all the panelists agreed LCCs would have a tough time breaking into the long-haul market as conditions in Asia remain the same as in the rest of the world.

VietJetAir deputy director commercial strategy and planning Jay L Lingeswara said once you get to a flight lasting ten or more hours, comfort becomes an issue and travellers are prepared to pay $100 extra to ensure they get it on a legacy carrier.

Checketts added the decision by legacy carriers to unbundle their product so creating new options like basic economy has also made life harder for LCCs.

He said: "This was a brilliant move by the legacy carriers. LCCs are going to have a much more difficult time taking share."

Civil Aeronautics Board executive director Carmelo Arcilla added with fuel costs being a greater issue in the long haul sector, any rises in the price would again impact LCC competition more than their legacy rivals.