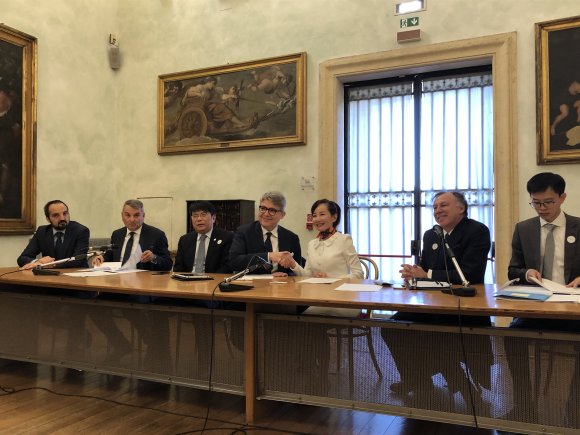 SEA Milan Airports, the host of World Routes in 2020, has signed a memorandum of understanding with Chinese tour operator Ctrip International.

The agreement, which consolidates a long-standing collaboration, aims to promote Milan as a destination for the Chinese market and to further increase passenger traffic between the two destinations.

There are currently 24 direct connections a week between China and Milan, with Air China (Shanghai, Beijing), Cathay Pacific (Hong Kong) and Neos (Nanjing and Guiyang). Neos is the only Italian airline that directly links China to Italy.

Looking at the wider Italy - China market, figures from Sabre Market Intelligence show that 1.84 million passengers travelled between the countries in 2018, a rise of 9.7 percent year-on-year. The figure is up from 1.24 million five years earlier.

According to OAG Schedules Analyser, 1.1 million two-way seats are available between Italy and China during the summer 2019 season. Air China has a 41.5 percent capacity share of the market, followed by Cathay Pacific with 21.7 percent.

Capacity share (%) of the Italy-China market by airline in summer 2019: