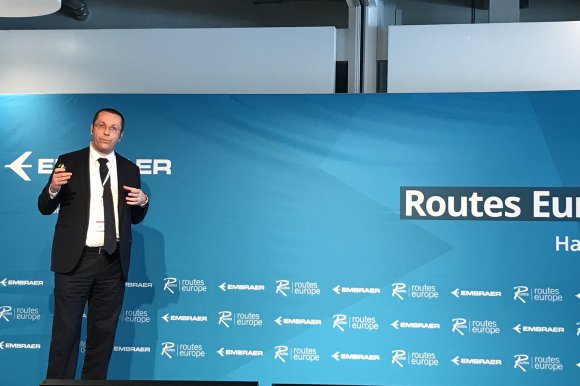 Speaking to delegates at Routes Europe 2019 in Hannover, the airline’s SVP network management Wolfgang Reuss outlined the Latvian flag carrier’s future network plans, as well as its explaining why it does not plan to join an airline alliance.

He said: “Our growth focus for this year is in Estonia. Tallinn is the fastest growing base we have. In winter we opened three new routes and in summer we’ll open three more. We will also base a third aircraft at the airport.”

In February 2019, airBaltic carried more than 35 000 passengers to and from Tallinn Airport, making it the number one airline at the airport.

From the base, it offers direct flights to Amsterdam, Berlin, London, Oslo, Paris, Stockholm, Vienna and Vilnius as well as connections via Riga. The airline will launch new direct services from Tallinn to Malaga, Brussels and Copenhagen in early June.

In addition, airBaltic has announced its 13th destination from the Estonian capital to Salzburg, Austria. Winter seasonal flights between the two cities will commence on 21 December 2019.

Addressing the issue of whether airBaltic plans to join an airline alliance, Reuss said that carrier gains more value from making bilateral agreements on a route-specific basis.

He added: “In every region that we fly to we try to work with one local airline, like Etihad on our route to Abu Dhabi for example.”

airBaltic welcomed its 16th Airbus A220-300 jet in late March, with six more to join its fleet by the end of the year. It comes as the carrier plans to end its Boeing 737 fleet operations in autumn 2019, one year ahead of originally planned.

Its Bombardier Dash 8-Q400 turboprops are also being phased out so it can operate an all-A220 fleet.

Reuss said that having a single aircraft type in its fleet would minimise complexity and boost efficiencies, enabling it to maintain its profitability.

airBaltic, which scooped the ATW Market Leader award at the recent ATW Airline Industry Achievement Awards in New York, has 50 firm orders for the A220-300 with a further 30 options.