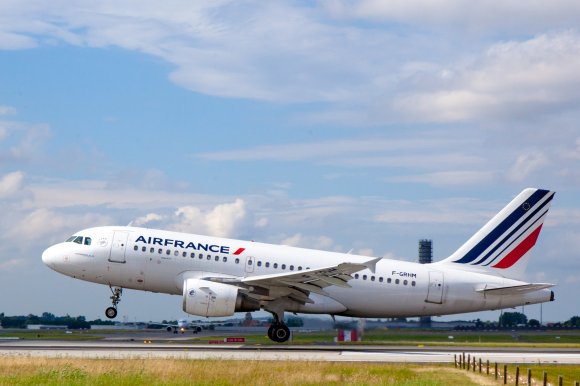 Air France plans to reduce its short-haul capacity by 15 percent in terms of available seat kilometres (ASKs) by the end of 2021.

The move is being taken as the carrier comes under growing pressure in Europe from budget rivals, while its domestic network has been strongly affected by competition from high-speed TGV trains.

In the first quarter of its financial year to 31 March 2019, Air France-KLM posted a group operating loss of €303m, compared with a loss of €118m during the same period a year ago.

“Over the past five years, Air France's domestic network has been strongly affected by competition from high-speed train routes, which have increased their capacity throughout the country, reduced journey times and developed a very competitive low-cost offer,” the airline said in a statement.

It added that on routes where high-speed trains connect Paris to the provinces in under two hours, Air France “has lost 90 per cent of its market share”.

The carrier also stressed that the rapid growth of LCCs has affected its market share: “In recent years low-cost airlines have set up bases at major airports and have gained ground rapidly with aggressive pricing policies and often with the help of public authorities.”

In addition to the capacity reduction Air France expects to cut 465 jobs, although the departures will be voluntary.

“It guarantees its regional base, and connects the French regions to the rest of the world by offering several thousand daily connection opportunities.

“In a highly competitive marketplace, we are all fully engaged in defending a domestic market that is vital for Air France and also more globally for the Air France-KLM Group.”

According to figures from OAG Schedules Analyser, Air France had a 50.5 percent capacity share of France’s domestic network in 2018, while low-cost subsidiary Hop! commanded an 18 percent share.

In the 2012 calendar year - the last before the launch of Hop! - Air France had a 76.6 percent capacity share.