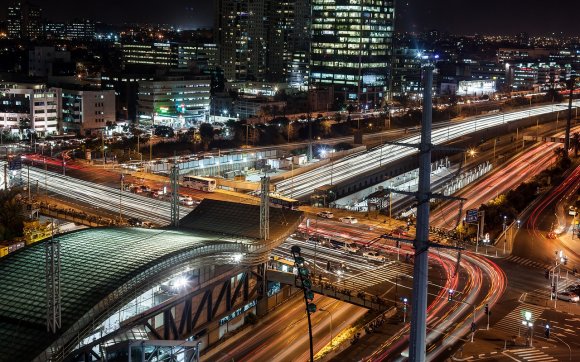 Air Europa is set to offer a new service to Israel during the summer 2020 season. The Spanish airline will fly between Malaga and Tel Aviv from 2 April using Boeing 737-800 aircraft. The route is scheduled to operate twice a week on Tuesdays and Thursdays.

Air Europa entered the Israel market in March 2015, offering three weekly flights between Madrid and Tel Aviv. It has since increased the number of weekly services to nine.

Malaga - Tel Aviv is currently served by El Al Israel Airlines, which flies between the Costa del Sol port city and the Israeli coastal destination twice-weekly. It opened the route in May 2017. Since launching, the number of Malaga - Tel Aviv O&D passengers has risen from 24,128 in 2016 to 41,997 in 2018.

An estimated 13,000 affiliated and 50,000 resident Jews live in Spain, concentrated in Madrid, Barcelona and Malaga, as well as the cities of Ceuta and Melilla. The large Jewish population means Air Europa can expect significant flows of VFR traffic.

IAG-owned Iberia is to resume service between Madrid and Guayaquil in Ecuador, less than three years after cutting the route from its network. Subject to government approval, the oneworld carrier will fly between the Spanish capital and Ecuadorian port city four times per week from 13 December 2019. It will use Airbus A330-200 aircraft.

Iberia previously flew to Guayaquil until March 2017, but ended service in order to concentrate on Quito. It currently flies between Madrid and Quito six times per week using Airbus A340-600, but frequency will increase to daily from July 2019. This will mean a 16 percent increase in the number of seats offered annually.

The growth in Quito, coupled with the new flights with Guayaquil, will mean Iberia is increasing its presence in the Ecuadorian market by 31 percent. It will compete with LATAM Airlines Group, which flies between Madrid and Guayaquil three times per week.

Transavia is adding Amman, the capital of Jordan, to its network from 1 October 2019. The low-cost carrier will serve the winter sun destination three times per week using Boeing 737-800 aircraft. The route is currently served by Royal Jordanian four times per week. Queen Alia International Airport has enjoyed a significant increase in budget airline traffic in recent years, with the capacity share of low-cost departure seats growing to 14.6 percent in 2018, up from 8.2 percent in 2013. According to OAG Schedules Analyser data, it is set to grow to 17.3 percent this year.