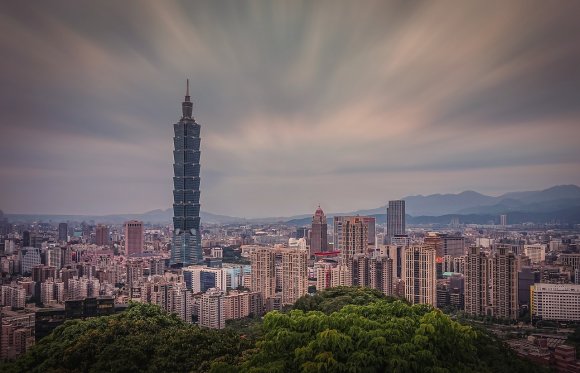 Milan, which will host World Routes in 2020, will become the airline’s fifth destination in Europe alongside Amsterdam, London Heathrow, Paris and Vienna.

The route is just the latest success for Taoyuan International Airport, which has attracted a string of new international services in recent years. Auckland in New Zealand, Chiang Mai in Thailand, Kitakyushu in Japan and Ontario in the US are just some of the destinations added to its route map.

Yuanhung Ting, the airport’s director of business planning and marketing, says securing Air New Zealand’s return with the Auckland service after a 13-year absence has been a particular coup.

“Our team kept approaching the airline and providing most updated market information, showing the growing travel potential between Taiwan and New Zealand for several years at route forums,” he explains.

“When the airline announced the news and began to prepare for the route launch, our team offered marketing support by arranging an inaugural flight event, a lucky draw campaign and a live broadcast on our social media channel.”

Air New Zealand began the non-stop Boeing 787-9 flight in November 2018 and this winter will increase frequencies from three-weekly to between four and five per week.

The focus on New Zealand forms part of the Government of Taiwan’s New Southbound Policy to enhance cooperation and exchanges between Taiwan and the ten Association of Southeast Asian Nations member states, six South Asian countries, Australia and New Zealand.

And the strategy appears to be working. Figures released by airport operator Taoyuan International Airport Corp shows the number of passengers from target countries arriving, departing and transiting at the airport rose by 9.8 percent to 11.32 million in 2018.

Ting says that with surging air transport demand in Asia, Taoyuan is now seeking to create an “extensive regional network” by increasing capacity to secondary cities in North East Asia and South East Asia, as well as adding new connections to India, Europe, Australia and the US.

“In terms of white spots, we are keen to extend our network to those destinations with most indirect traffic and growth potential based on information from database and industrial forecast,” he adds.

“We look forward to seeing new routes to India and US, and added connectivity to Munich, Milan, Barcelona and Stockholm in Europe.

“With ideal location and great connectivity to China, Japan and South East Asia, our goal is to become one of the hub airports in East Asia as a gateway from Taiwan to the world.”

“TPE is now working with Japanese airports to develop joint-promotion, such as PR video broadcast and tourism exhibition in the airport terminal, encouraging more passengers to travel between destinations.

“In the future, we hope the collaboration with our friend airports and airlines could be extended from regional to global.”