After a very competitive selection process, the Las Vegas Convention and Visitors Authority (LVCVA) and McCarran International Airport have won the bid for World Routes 2022. Las Vegas previously hosted World Routes in 2013 and Routes Americas in 2017.

The aviation industry is an integral part of economies across the globe, and in Las Vegas, McCarran International Airport serves as an economic engine that drives billions of dollars into the community and supports 25 percent of all local employment. Priding itself on providing superior customer satisfaction and being a global leader in airport hospitality, McCarran has invested millions of dollars in infrastructure improvements, terminal renovations, and technological advancements in recent years.

McCarran has been experiencing continuous growth for several years, setting and breaking passenger records month after month, year after year. In 2018 the Las Vegas airport welcomed an all-time high 49.7 million passengers, with international passenger traffic steadily on the rise, and up nearly 70 percent since 2009. In hosting World Routes, Las Vegas hopes to continue this trend by attracting new air services and visitors.

Rosemary Vassiliadis, director of the Clark County Department of Aviation, said: “We are pleased to have World Routes return to Las Vegas and are excited to showcase the investments we have made at McCarran since this forum was last here. From infrastructure improvements like the renovation of Terminal 1 and doubling our number of international gates, to our ever-expanding amenities like a new high-end airport lounge and expansive duty-free retail location, Las Vegas has worked hard to develop one of the world’s most modern and efficient airports.“ 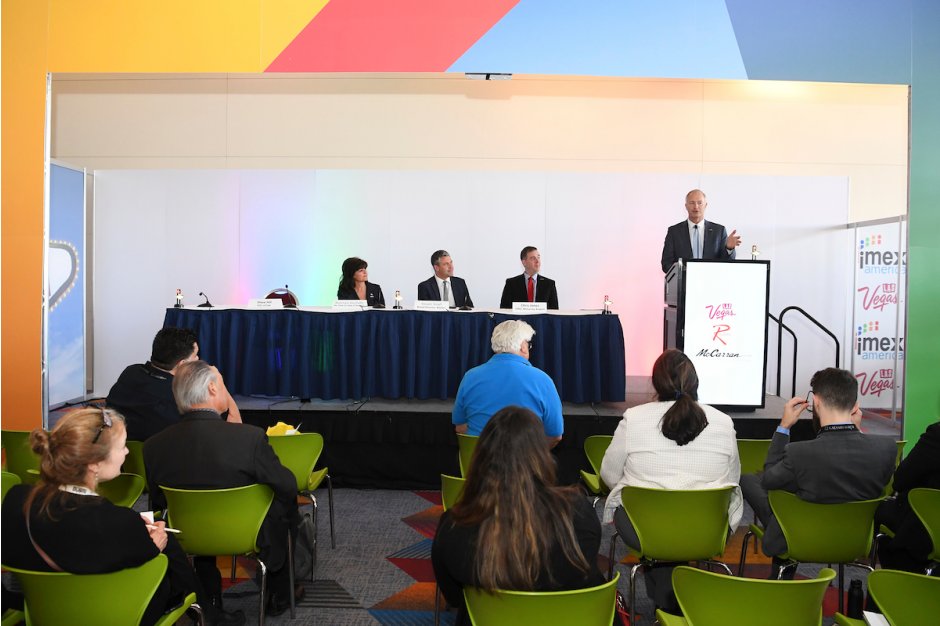 Naturally Las Vegas is also the perfect fit for the world’s largest aviation event. With its incomparable range of entertainment offerings, renowned restaurants, and world-famous resorts, Las Vegas is the ultimate tourist destination, attracting more than 42 million visitors a year. In addition to its numerous attractions, Las Vegas is also regarded as one of the world’s best conference hosts, boasting more than 11.5 million square feet of meeting and exhibit space citywide. Last year, a record 6.6. million people came to Las Vegas for a meeting, conference, exhibition or trade show.

Steve Hill, CEO and president of the LVCVA, said: “As the first U.S. destination to host World Routes in 2013, it is an honor to once again showcase our city to the decision makers in the aviation world. Tourism is the driving force of the Las Vegas economy and convenient and efficient air service is crucial in maintaining and growing the visitor base.”

According to a recent impact study by the LVCVA, the tourism industry in Las Vegas and Southern Nevada generates an estimated $60 billion in economic impact every year. The inseparable connection between Las Vegas and the tourism industry makes it a natural fit for World Routes, which brings together 3,000 senior decision-makers from the aviation and tourism industries to meet face-to-face and discuss the future of air services, develop and plan network strategy and explore new route opportunities.

Steven Small, Brand Director of Routes, highlighted the features that made Las Vegas such an attractive bid for World Routes 2022: “There are few cities globally that can match Las Vegas in visitor infrastructure. Playing host is the raison d’etre of Las Vegas, and we are excited to hear its plans for future development”.