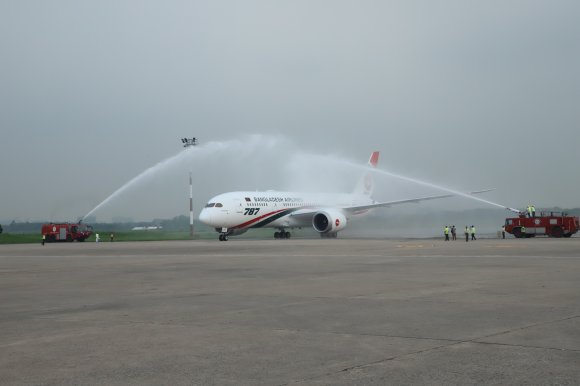 Biman Bangladesh Airlines, the flag carrier of Bangladesh, is to resume service to Manchester Airport after a seven year absence from its network.

The airline will operate a Dhaka – Manchester – Sylhet – Dhaka routing using Boeing 787 Dreamliner aircraft, with 24 seats in business class and 247 in economy. The three-weekly service begins on 4 January 2020.

The carrier's latest UK route, which is currently unserved, will operate on Saturday, Sunday and Tuesday with a flight time of ten hours.

“We have known for some time there is significant demand for a direct service to Bangladesh and so we are delighted to be confirming this news,” said Andrew Cowan, Manchester Airport’s chief executive.

“Manchester Airport is the UK’s gateway to the north of England and within our catchment area there are many long-standing Bangladeshi communities for whom this will make a massive difference.

“We know there are many northern companies with a desire to trade in Bangladesh, while we also look forward to welcoming business and leisure visitors from that part of the world.”

Manchester Airport said there is a Bangladeshi population of up to 70,000 in its catchment area.

Figures from Sabre Market Intelligence show that 33,139 passengers travelled indirectly between Manchester and Bangladesh in 2018, a 6 percent rise on the previous year. A total of 73 percent flew one-stop via Dubai.

The route, which is only one between the UK and Bangladesh and is the carrier’s sole service to Europe, offers 3,352 two-way weekly seats, OAG data shows.

Once the Dhaka – Manchester – Sylhet – Dhaka service begins, there will be 4,978 available seats between the UK and Bangladesh each week, increasing total capacity by almost 50 percent.