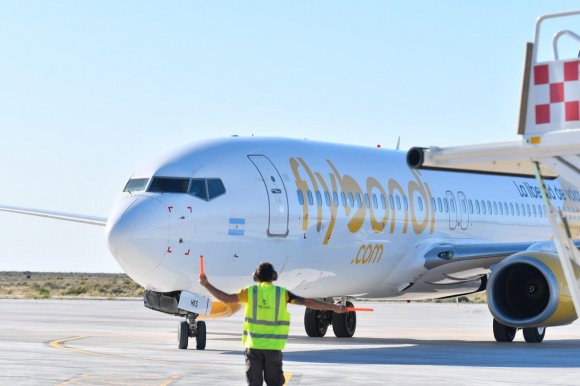 More than three million passengers have travelled on low-cost airlines in Argentina since the country’s first budget carrier began operating commercial flights in January 2018, according to new figures released by Argentina’s Ministry of Transport.

The department said the milestone was reached in September 2019, with between 15 and 20 percent of those passengers having boarded a plane for the first time.

Since president Mauricio Macri took office in late 2015 the government has taken a much more supportive stance towards the aviation industry, and a less protective one towards state-owned national carrier Aerolineas Argentinas.

Macri has allowed airlines to expand domestically by approving hundreds of new domestic routes, as well as removing minimum price caps for fares. The policies have encouraged more Argentinians to take to the skies, switching from bus to air travel.

Argentina’s Ministry of Transport also said that during the month, 148,000 passengers connected directly between airports in the country’s provinces, without passing through Buenos Aires. This represents a rise of 118 percent compared with September 2015. Córdoba - Salta is the busiest of these routes, with about 14,000 two way passengers in September 2019, 33 percent more than the same month last year.

Not to be outdone, Flybondi said it has identified a further 15 destinations it plans to fly to from Buenos Aires. This week it is opening an international route between Buenos Aires's El Palomar Airport and Rio de Janeiro Galeao, initially operating three times per week on board Boeing 737 aircraft. Frequencies will rise to four-weekly in December and January.

The expansion of the three LCCs means there will be more than 19.6 million domestic seats available in Argentina this year, up from 16.5 million in 2017 before the introduction of budget operators. Aerolineas Argentinas remains the largest airline in the country’s home market, but its share of domestic seats has declined from about 75 percent in 2017 to 64 percent this year.

However, while Argentina’s low-cost market continues to grow, political uncertainties could derail the expansion. The country’s general election takes place at the end of October, with Macri’s chances of being re-elected looking increasingly slim.