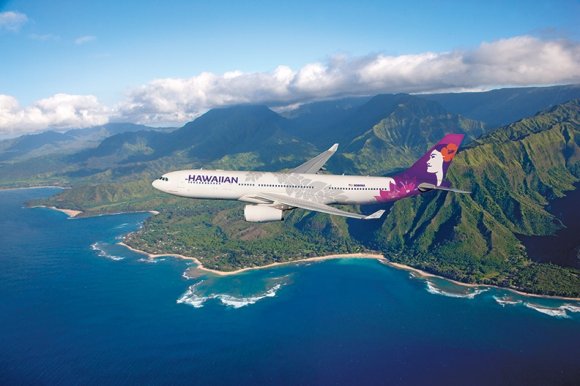 Hawaiian Airlines is confident its revived route between Honolulu and Fukuoka will be a success even if the US Department of Transportation (DOT) upholds a tentative decision not to grant antitrust immunity (ATI) as part of its planned joint venture with Japan Airlines (JAL).

Speaking on a call with analysts following the publication of its third quarter financial results, chief executive and president Peter Ingram said the response received for the route has been “overwhelmingly positive”. He added: “Initial bookings are strong, giving us confidence that we can mature this new route quickly.”

The airline will operate four weekly flights between Honolulu’s Daniel K. Inouye International and Fukuoka Airport on the island of Kyushu from 26 November 2019 using Airbus A330 aircraft.

At that time, Hawaiian also faced competition from Delta Air Lines on the pairing. However, Delta ended its daily service to Fukuoka from Honolulu in May 2019.

Ingram said the airline therefore now faces “different hurdles in terms of demand” compared to when it last operated the route. He added that Hawaiian would also benefit from some cooperation with JAL going forward, even if it fails to overturn the DOT’s decision.

On 3 October 2019, the DOT tentatively approved an agreement for Hawaiian and JAL to operate a joint venture between Hawaii and Japan, but it declined to grant the pair ATI.

The DOT said it declined the request because, as currently structured, the “agreement would not offer consumers any more benefits than they would be likely to obtain through ordinary commercial cooperation without ATI”.

Ingram said Hawaiian was “disappointed” with the preliminary decision, but it was working closely with JAL to supplement its application and address the concerns identified by the DOT. The response is due by 12 November.

In addition to flying between Hawaii and Japan, the proposed joint venture will include flights connecting from Hawaii via Japan to nine other Asian countries: China (including Hong Kong), Indonesia, Malaysia, the Philippines, Singapore, South Korea, Taiwan, Thailand and Vietnam.