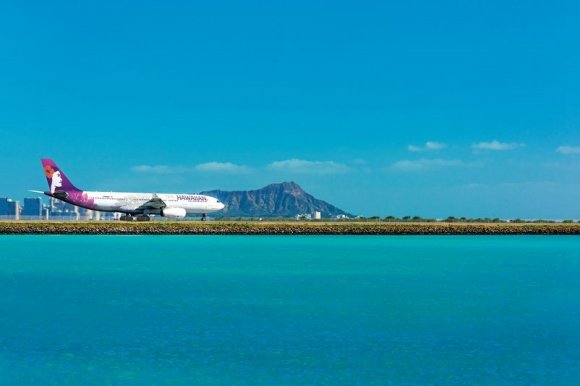 Hawaiian Airlines and Japan Airlines (JAL) have expanded their proposed joint venture as part of efforts to get the US Department of Transportation (DOT) to reverse its tentative decision not to grant the carriers antitrust immunity (ATI).

On 3 October 2019, the DOT tentatively approved an agreement for Hawaiian and JAL to operate a joint venture between Hawaii and Japan, but it declined to grant the pair ATI.

The DOT said it declined the request because, as currently structured, the “agreement would not offer consumers any more benefits than they would be likely to obtain through ordinary commercial cooperation without ATI”.

However, the revised joint venture proposes to broaden the scope of the partnership to include Asia - Hawaii non-stop flights; the market between Tokyo and Guam; South Pacific connecting routes beyond Hawaii and flying to India and Russia.

The carriers added that without ATI their codeshare relationship would “increasingly suffer”.

Lufthansa subsidiary Austrian Airlines is adding a non-stop service from Vienna to Boston starting at the end of March 2020. Austria’s home carrier will initially operate four weekly flights, increasing to six flights per week as of mid-April.

“The city is also worth a trip from a business standpoint, not least because Boston is home to two of the world’s best universities, namely Harvard and MIT.”

Austrian is also increasing capacity on its Vienna – Chicago route by deploying a Boeing 777 on all flights from late-March 2020. Until now, a Boeing 767 was used on two of the seven weekly flights.

Allegiant to open 20th base

US carrier Allegiant is to open its 20th base, at Des Moines International in Iowa, as part of plans to expand its route network from the airport. The Las Vegas-based airline will locate two Airbus A320 at the new base from 14 May 2020.

"In many ways, today's announcement is the culmination of a more than 15-year relationship between Allegiant and Des Moines International Airport, where we've steadily grown our operation to meet increasing demand," said Keith Hansen, Allegiant's vice president of government affairs.

"Having locally-based aircraft and crews will open up a wide range of options for new service and more flights throughout the day.”

The airline carried more than 232,000 annual passengers through Des Moines in 2018.

JetBlue is to begin offering a basic economy on its flights. Known as Blue Basic, the fare option does not allow for changes or cancellations, while passengers will only be able to pick a seat 24 hours before the flight.

However, basic economy passengers will still have access to free Wi-Fi and be able to bring a full-size carry-on bag.

“Over the last few years, it’s become very clear this no-frills basic economy segment has become a larger and larger set of customers,” Dave Clark, JetBlue’s vice president of sales and revenue management, said in an interview. “Not having that offering, we couldn’t compete effectively.”