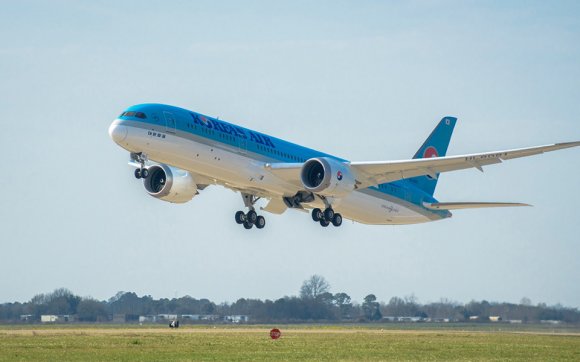 However, Incheon’s three runways are operating at close to capacity and with no new one expected to be built at the facility until 2023, Korean Air’s new route requirements remain simple.

“Airport slots are the most critical factor,” Jeong says. “We can talk about the new route or a new plan, but everything now is related to the slot issues.

“It is very difficult to get any slots at this time. Even in Incheon Airport we cannot offer any new routes from 8am to 10pm. We have to go early in the morning at 6am, or arrive at midnight. That’s the only available slots.

“Even though we have fleet availability, sometimes we cannot make it work due to the slot issue.”

Vice-president network center/passenger business division James Park agrees that the airline’s ambitions are so limited by the slots that if an airport can’t provide it with the right ones, he is not interested in hearing about other potential incentives.

“It is a big issue at the moment,” he adds. “Most of the major airports in the world want to provide some incentives, [but] the most important thing is the slot.”

Jeong adds the situation is not as desperate at Gimpo, but with it only being used to serve Korean’s domestic and very short-haul international operations in east Asia, it is not a solution. Instead, he says the airline must resign itself to waiting for the new runway to be built at Incheon.

“They say this will increase the number of frequencies and we hope this will happen,” Jeong says.

The current plan at Incheon is to have a fourth runway up and running by 2023 following a KRW 4.2 trillion investment ($3.7bn), which will also see other facilities expanded. Once completed, the new runway and facilities will allow the runway to handle an expected 95 million annual passengers, considerably more than the 72 million currently handled each year.

He adds while slots may be an issue, the airline is still working on its expansion plans with both south-east Asia and Europe, particularly cities in the continent’s south, considered key targets.

Jeong says: “We are operating some charter flight to European cities. After looking at the market, if we fill the charter flights we will start regular services, especially to the southern Europe and Mediterranean area.”

While he remains tight-lipped about where exactly in south-east Asia is on his hit list, he admitted China is inevitably key to the carrier’s future, providing an air service agreement between South Korea and China allows.

Nor is he tempted to start using other airports in South Korea to drive Korean’s long-haul growth despite rival airlines doing so, as Finnair recently did when it launched a direct service from Helsinki to Busan.

“At the moment we have no plan [to open long-haul routes from Busan],” Jeong says. “We can’t change our strategy every time we see in the market what is happening [elsewhere].”

But this is not to say the airline, which this year celebrates its 50th anniversary, has not been forced to react to the rapidly changing demands of the market.

But the airline was well ahead of the game. As far back as August it made an announcement revising its routes network to Japan. In September, it suspended the 14 weekly flights it operated on its Busan-Osaka routes, while the beginning of November saw the end of Jeju-Narita and Jeju-Osaka connections, which were operating three and four times a week respectively.

In addition, Korean’s five flights a week on its Incheon-Asahikawa route were temporarily suspended for nearly a month at the end of September.

Elsewhere, the Incheon-Osaka/Fukuoka routes were cut from 28 flights a week to 21 for three weeks, as other services between the two countries were shut. The aircraft operating the routes were quickly reassigned as the airline took the opportunity to strengthen routes elsewhere in south-east Asia, China and the Pacific.

Park says: “We cut some capacity from the network and reduced aircraft size from wide body to narrow body. The wider bodies on the Japan route have now gone to China and Taiwan.”

On October 27, Korean Air launched two new routes from Incheon. A flight to Incheon was set to operate seven times a week, while on the same day a four-times-weekly service was launched to Nanjing.

Further flights were then launched out of Incheon a day later by the airline, with a route to Zhangjiajie operating three times a week, while the new flight to Hangzhou will be operated twice a week.

Nor were these the only cities to benefit from the problems with Japan as the airline takes the opportunity to boost routes already in existence. Key to this is Incheon-Honolulu, which will grow from seven to 11 times a week from 9 December.

Incheon flights to Auckland and Brisbane will grow from five and four times a week to daily services during the winter season, while flight frequencies from the same airport to Manila, Guam and Beijing will each grow from 14 times a week to 18, 20 and 17 respectively. Incheon-Delhi has been grown to a daily service from five times weekly in September.

While the airline has been extremely nimble to make so many changes so quickly, Park adds Korean can resume its Japan services within a month, once relationships improve between the two countries.

The moves have been made as the airline also copes with the absence of its Boeing 737 MAX 8 aircraft, six of which have been ordered but are currently grounded in the wake of the two deadly crashes this year and last year.

Jeong says the airline remains uncertain as to when they will receive the aircraft and the all clear, but adds the problem has been lessened thanks to its Airbus A220-300s.

Jay Shim, team lead of global communication team, corporate communication, Korean Air, adds: “We are very pleased with the operation of the A220, which is the perfect match for short-haul. Our plan is to take these aircraft into nearby countries such as Japan and China in the future.”

The aircraft is one of a varied fleet which feature 15 different types of aircraft and also includes ten A380-800s.

“Think about the Middle Eastern carriers. If the market situation goes against the A380s then the speed of reaction to the market change will be slower than in South Korea.”

As well as offering flexibility, the airline’s upgraded aircraft are allowing it to compete better with regional low-cost carriers (LCCs) while meeting the demands of the growing south-east Asia market.

Shim also points out that the cost of maintaining such a varied fleet has been dissipated by the airline’s Tech Centre in Busan. The sprawling site has facilities to cope with everything from respraying aircraft to serious maintenance.

Having been set up in 1976 to serve Korean Air’s needs, its services are now available to other airlines in the region, with the revenues raised through it accounting for around 5 percent of the airline’s final sum.

Shim says: “Those efforts (of working with other airlines) will kind of demolish some of the increasing prices for maintaining our various different aircraft.”

Elsewhere, Jeong says the restructure plan for Korean’s LCC Jin Air was submitted to the government in October and it is now expected to take at least a year before approval for the plan is granted.

Providing the plan is given the OK, Jeong believes the airline has a strong future, adding: “Jin Air will grow again in terms of destinations and capacity.”

Of course, it’s ability to do so will depend on the slots it can access and with Incheon being full to bursting it seems only fair to assume that any major growth for Jin, and Korean, will need to be driven by airports far from Seoul, at least until 2023.