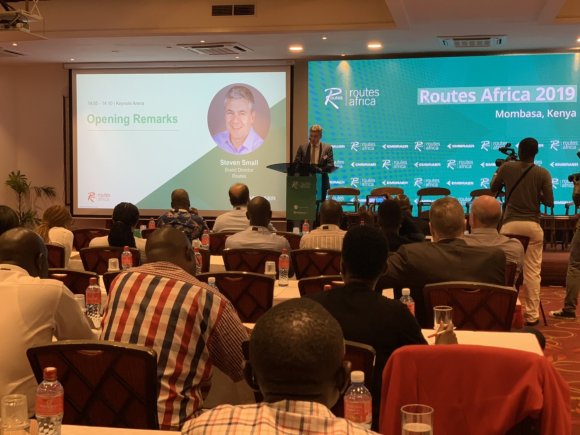 Steven Small, director of Routes, welcomed the 250 delegates attending the forum. He said: “IATA believes that in the next 20 years the African aviation market can more than double, adding 199 million more passengers. But to reach that, many challenges need to be overcome.

“We still have fares which are prohibitively high for travellers here in Africa. We still have Visa fees and regulations which deter airlines and tourists.

“Airports still suffer from a lack of the basic revenue-generating infrastructure that their counterparts around the world almost take for granted.

“And airlines still struggle to make air transport profitable, and in many cases never make it off the ground. Over the next few days we hope to consider some solutions to these challenges.”

This year’s conference programme, sponsored by Embraer, will explore where the Single African Air Transport Market is heading nearly two years after being signed. It will also ask what more needs to be done to unlock the potential everyone can see in a liberalised aviation market.

“We’ll learn more about the potential for LCCs to reduce fares and stimulate more air transport across the continent. And whether carriers formed here in Africa can take the leading role in that drive,” added Small.

Aviation consultancy ASM will also provide expertise on guidance on how airports can develop a successful route development strategy and work in partnership with airlines to forge new connections.