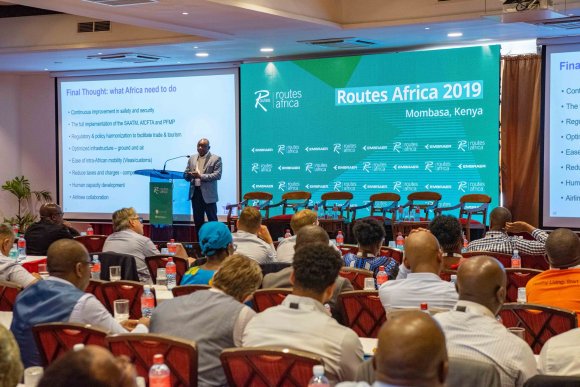 A rise in protectionist measures could curb the forecasted growth of Africa’s air transport market by about 50 million passengers over the next two decades, according to industry association IATA.

Speaking at Routes Africa 2019 in Mombasa, Kenya, Raphael Kuuchi, vice president of Africa at IATA, said that it is estimated that more than 300 million people will be travelling from, to, and within Africa by 2038.

The association’s forecast predict that the size of the continent’s market will reach 356 million passengers if current regional and global economic trends continue. However, a pick-up in protectionism could wipe more than 50 million off that total.

“Africa is forecast to be the second-fastest growing region in the world over the next two decades, with growth of 4.5 percent per year,” Kuuchi said.

“African airlines are going to add an additional 208 million passengers to the current total of about 140 million.

“However, if the signs we are seeing in markets such as the US and some European countries, where there are attempts to constrain liberalisation, are present here in Africa, then we would lose about 56 million passengers.”

Conversely, if there is an acceleration of growth, driven by policies including the Single African Air Transport Market, the African market in 20 years will be more than 400 million passengers in size.