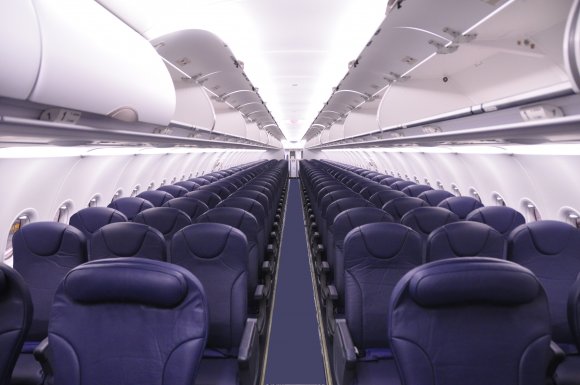 Spirit Airlines will add fewer new destinations in 2020, as the Florida-based ULCC focuses on using new capacity to “connect the dots” across its existing 75-destination network, company officials told reporters at Spirit’s hangar in Detroit recently.

Spirit, which views itself as “predominantly [a US] East Coast company,” is currently represented in 23 of the 25 largest metro markets in the US, says Lania Rittenhouse, Spirit’s VP of inflight experience.

“Moving forward, we want to continue growing those large leisure destinations, the Las Vegases and Orlandos of the world, while also continuing to grow in the large originator market and international markets,” Rittenhouse said. “As we take delivery of our aircraft, we’re connecting the dots and adding more frequency. While we will continue adding more destinations in 2020, we will likely add fewer destinations next year than this year.”

Spirit has been expanding annual capacity at a 15-20% clip over the last several years, as it expanded to new international markets in Latin America and the Caribbean, growing to more than 600 daily systemwide departures. In its most recent investor update in October, Spirit estimated fourth-quarter 2019 capacity growth would be above 16%, while full-year 2020 levels would range between 17% and 19%.

“Our growth trajectory has been amazing. We’ll end the year with 144 aircraft in our fleet, and they just keep coming every two weeks or so,” said Rittenhouse. The company plans to take delivery of 21 Airbus A320neos in 2020 and 27 more the following year, eventually doubling the size of its fleet to over 300 aircraft by 2025.

Spirit recently filed a petition with the District Court for the District of Columbia objecting to the US Department of Transportation’s (DOT) decision to withhold 16 peak-hour slots at Newark Liberty International Airport (EWR) that previously belonged to Southwest Airlines. In the petition, the carrier called the DOT’s decision “arbitrary and capricious,” and accused the department of helping United Airlines “operate more than 90 monopoly” routes at EWR, its main gateway to Europe.

“We like to enter markets and give guests the ability to access low fares, and we believe those rights should still exist and we should be able to come in and compete in Newark,” said Rittenhouse. “We don’t think it should be a monopoly. It doesn’t serve anybody to have one carrier there that has all the routes,” she added in an apparent reference to United.