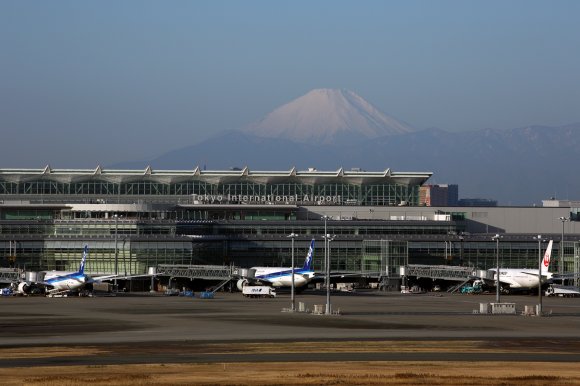 The Japanese transport ministry is trialing new flight paths over Tokyo that would allow Haneda Airport to significantly expand its capacity.

According to reports in The Japan Times and Nikkei, the test flights using passenger aircraft will enable the ministry to determine if it can start routing flights to/from Haneda directly over Tokyo’s city center rather than over Tokyo Bay. Haneda is Tokyo’s close-in airport, making it more convenient for international business passengers arriving in or departing Tokyo compared to Narita, which is about 60 km from Tokyo.

If the new flight paths are cleared—a March 29 target date is set for transitioning flight patterns—Haneda would become more efficient and be able to handle more traffic. According to the transport ministry, international flights to/from Haneda would increase from 60,000 annually to 99,000 annually, a major capacity hike achieved without new runways.

The changes are not without controversy as they will increase aircraft noise over central Tokyo.