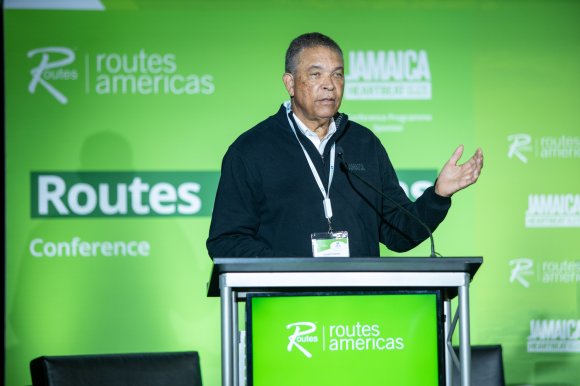 Latin America is a key and growing market for Jamaica, and the country hopes to build on momentum in visitor arrivals from the region in 2020 after the launch of new flights by LATAM Airlines from its hub in Lima, Peru to Montego Bay.

LATAM inaugurated 3X-weekly service on the route in early December. Donnie Dawson, deputy director of the Americas for the Jamaica Tourist Board, told Routes Digest during Routes Americas 2020 in Indianapolis, Indiana that load factors on the Lina-Montego Bay route are roughly 70%.

The service from LATAM’s Lima hub allows for connectivity from Argentina, Brazil, Chile and Uruguay to Jamaica, and although the route remains in its infancy, discussions are being held about potential expansion at some point in the future, Dawson said.

Dawson explained that visitor arrivals from Latin America to Jamaica increased by 28% year-over-year in 2019, and those numbers should increase in 2020 as a result of the new service from LATAM. “Latin America is extremely important to us,” Dawson said.

Visitor arrivals to Jamaica from the US increased a solid 12% in 2019 to 1.8 million while arrivals from Canada were roughly flat at 400,000.

After Air Jamaica ceased operations in 2015, many markets to the US were left unserved, and Dawson remarked that Jamaica worked to secure service from the country’s major airlines.

Now, American Airlines, Delta Air Lines and United Airlines operate flights to Jamaica from several US gateway hubs. There are always discussions about the possible expansion of service, but the continued grounding of the Boeing 737 MAX is making some carriers reluctant to open new gateways, Dawson said. However, “the conversations continue,” he added.