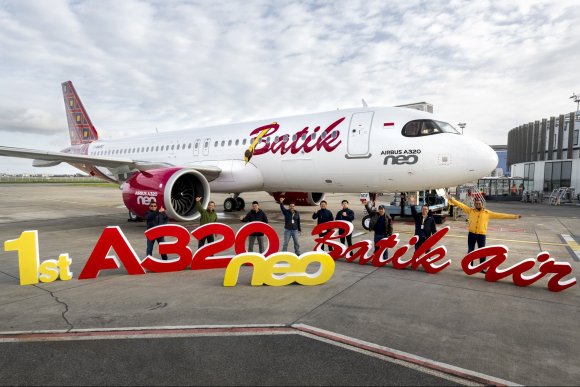 Batik Air CEO Achmad Lutfie said the Airbus A320neo, of which the airline has now taken first delivery, will be used to expand the carrier’s domestic destinations further afield to east Indonesia, such as West Papua and Manado.

Batik’s A320neo—which offers fuel savings of at least 15% compared to the previous A320—was unveiled at a ceremony at Soekarno-Hatta International Airport in Jakarta on Feb. 3.

The A321LR will be used primarily on new routes connecting Indonesia to Japan, South Korea and China. The carrier is the full-service arm of Indonesian LCC Lion Air.

Batik is also applying for permits to fly to Australia, Manila and Vietnam this year.