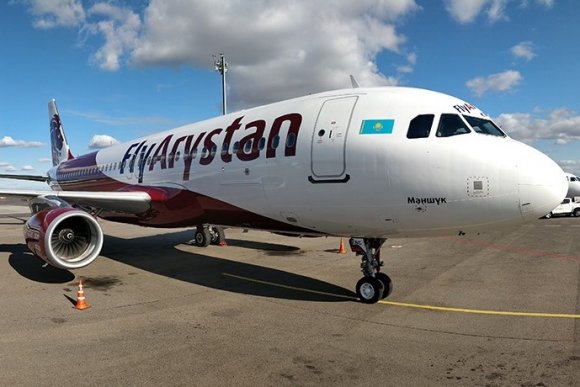 FlyArystan, the low-cost subsidiary of Air Astana, is opening new domestic routes within Kazakhstan from Almaty to Kostanay and Aktobe.

The Almaty-Kostanay service will be daily from March 12, while flights between Almaty and Aktobe will be 3X-weekly from April 20. The move will double the number of destinations served from Almaty to 12 during the summer 2020 season, compared with six in summer 2019.

The expansion comes as FlyArystan prepares to take delivery of its fifth aircraft, and its third to be based at Almaty International.

The airline started operations with two Airbus A320s in May 2019 and added a further two in October and December. It ended 2019 with 13 routes to a total of 10 destinations, launching its first international service from Nur-Sultan to Zhukovsky, near Moscow, in December 2019.

"Hundreds of thousands of people were able to explore with us then and with the growth of aircraft in Almaty this year, with new routes and more capacity for the summer even more people will be able to take to the skies to explore or to catch up with relatives and friends.”