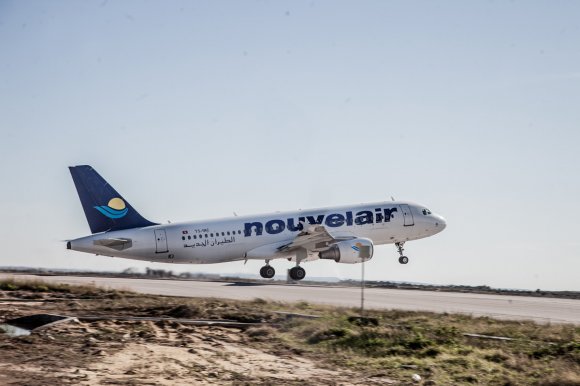 Nouvelair is to offer regular services from London Gatwick and Manchester to Tunisia’s Enfidha Airport.

Flights will run from early May until the end of October, peaking at 2X-weekly from Gatwick and 3X-weekly from Manchester. There is an option to extend service through the winter season.

Based in the Tunisian resort Monastir, Nouvelair was established in 1989 and has a long history of operating charter flights between the UK and Tunisia on behalf of British tour operators.

The airline, which has a fleet of 12 Airbus A320s, said it took the decision to launch its own scheduled flights following the collapse of Thomas Cook, which had operated a majority of the capacity between the UK and Tunisia.

According to figures from OAG Schedules Analyser, Thomas Cook offered more than 230,000 two-way seats between the two countries during the summer 2019 season, accounting for about 57% of the total capacity.

Although TUI Airways has responded to the absence of Thomas Cook by growing its scheduled UK-Tunisia capacity by 63% to 187,833 available two-way seats, overall capacity between the two countries this summer will be about 245,000 seats, down from 404,000 during summer 2019.

“We believe that Nouvelair must play its part in helping travellers return to Tunisia for holidays,” Nouvelair sales and marketing central director Karim Dahmani said.

“It is important for us to support the leisure economy of Tunisia, especially now the largest UK provider of seats to Tunisia is no longer in the market.”

Nouvelair, part of the TTS Group, will provide seat capacity to UK tour operators as well as selling through travel agents.