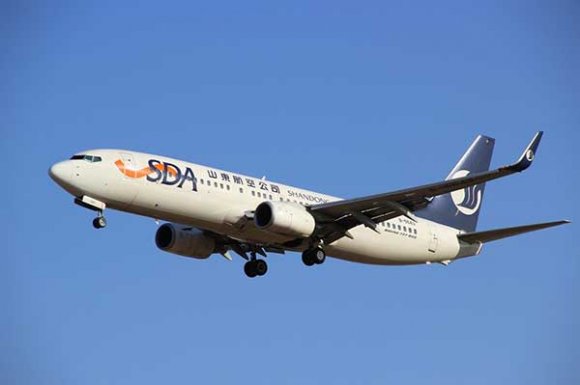 There will be about 10.8 million available seats in the country’s network during the week beginning March 16, analysis of data provided by OAG Schedules Analyser shows. This compares with 8.7 million this week, which commenced March 9.

Domestic capacity is increasing at the fastest rate and will next week account for 10.4 million seats, an injection of 2 million on this week. However, the number of international departure seats is set to remain weak at just 376,373, a rise of 5% on this week but 13% down on the previous seven days (w/c March 2).

The figures show how the Chinese market is recovering since the outbreak of the COVID-19 coronavirus, which first emerged in the city of Wuhan.

Of the 2.1 million seats returning to China’s market, Jinan-based Shandong Airlines is adding the largest amount of capacity, with an increase of 285,000 seats compared to this week. This represents a week-on-week rise of 104.4%.

Juneyao Airlines, the Shanghai-headquartered airline, is upping its total by 176,000 and China Eastern Airlines is increasing capacity by 156,000 seats, equating to weekly growth of 94.5% and 14.9% respectively.

The OAG data also reveals that there will be about 66,100 flights departing from Chinese airports next week, up from 53,300 this week. The total number of departures dipped as low as 28,700 during the week beginning February 17, at the height of the COVID 19 coronavirus outbreak in China.

Earlier this month, the Civil Aviation Administration of China announced a series of support measures to encourage airlines to recommence air services. This includes offering subsidies to Chinese and foreign airlines to resume non-stop international services that have been suspended.