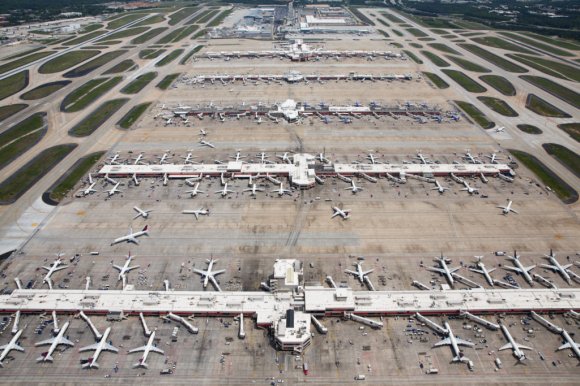 US airports have asked Congress for $10 billion of immediate aid to help offset the massive drop in passenger traffic caused by the COVID-19 coronavirus pandemic.

Their proposal would see funds flow through the existing FAA Airport Improvement Program (AIP), with eligible spending expanded to include operational expenses and debt payments. AIP funds are normally only authorized for infrastructure construction and renovation projects.

The proposal was jointly shared by the American Association of Airport Executives (AAAE) and Airports Council International-North America (ACI-NA). ACI-NA estimated that US airports will lose at least $8.7 billion in 2020, a number that a spokeswoman said is “likely to grow as the fundamentals continue to erode.”

ACI-NA forecasts passenger traffic at US commercial airports falling by 68% year-over-year (YOY) in the March-to-June period, with total enplanements decreasing by 222 million YOY.

Writing to Congressional leaders on March 18, AAAE and ACI-NA noted that airports have nearly $100 billion in collective debt, with approximately $7 billion in bond and interest payments due this year.

“No US commercial service airport has ever defaulted on a bond payment. Allowing a default now would be devastating for any affected airport, and the entire industry, as future borrowing costs would increase significantly,” the groups wrote.

“The swift drop in air travel has forced airports to get creative by cutting budgets and lowering their operating costs as quickly as possible, all while stepping up their efforts to clean facilities and ensure the health and safety of passengers and employees alike,” ACI-NA president and CEO Kevin Burke said.

“But with financial losses topping at least $8.7 billion and counting, there are limits to that belt-tightening.”