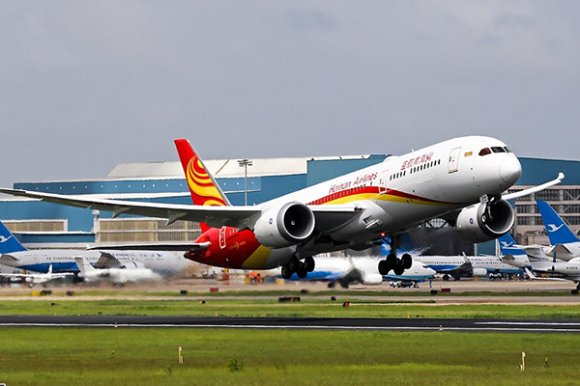 Scheduled airline capacity in North East Asia nudged up by 0.1% last week (w/c March 16) to 13.9 million departure seats following a decline of 1.1 million seats during the previous seven days. However, all other markets in the Asia-Pacific region experienced a drop, with South Asia down 3.6%, South East Asia and Central Asia each down 2.2%, and Southwest Pacific down 1.2%.

Exploring the data on a country by country basis shows green shoots of recovery in China’s market, where 306,140 weekly departure seats were added. This meant there were 8.99 million seats in the market, 92% higher than during the week commencing Feb. 17 at the height of the coronavirus outbreak in the country. However, last week’s figure was 6 million fewer than the same week last year.

Elsewhere in the Asia-Pacific region, the largest week-on-week capacity falls were seen in India, Japan, South Korea and Thailand. In Japan alone, capacity dropped by more than 177,000 departure seats.

Given China’s move into the recovery stage, it is unsurprising that Chinese airlines are the ones bucking the global trend and adding capacity. Hainan Airlines recorded the largest week-on-week percentage rise, growing capacity by 48% to 365,750 seats. Juneyao Airlines and Ruili Airlines both increased capacity at a rate of 26%, to 234,352 seats and 73,314 seats respectively. China Southern Airlines grew capacity at a rate of 17% to 1.58 million weekly seats. However, the figure was 1 million seats fewer than the same week last year.

Despite the signs of recovery in China, many airlines across the rest of the Asia-Pacific region continued to cut their networks and reduce frequencies.

Qantas will park 150 aircraft, including all of the Australian flag carrier’s Airbus A380s, Boeing 747s and 787s. These will be spread around airports across Australia, with many stored at Avalon Airport (AVV) near Melbourne. Qantas will also use some of its passenger aircraft for cargo-only flights.

Details of the planned grounding came after Qantas revealed plans to suspend all scheduled international flights for at least two months in response to the COVID-19 pandemic. The international suspension will apply from the end of March to the end of May, and the airline indicated decisions about the network for June and July will be made in early April. Qantas is also suspending 60% of its domestic capacity.

Singapore Airlines (SIA) is cutting 96% of the capacity that it had originally scheduled up to the end of April following the further tightening of border controls around the world over the last week to stem the coronavirus outbreak.
This will result in the grounding of around 138 SIA and SilkAir aircraft, out of a total fleet of 147, amid “the greatest challenge that the SIA Group has faced in its existence.”

The group’s LCC Scoot will also suspend most of its network, resulting in the grounding of 47 of its 49 aircraft. “The SIA Group diversified its network and set up Scoot to spread its risks and cater to a wide range of passenger and market segments,” the company said in a statement.

Virgin Australia Group has extended domestic capacity reductions from 50% to 90%, including the suspension of Tigerair Australia domestic services effective immediately. With state border closures escalating across Australia, the group said it needed to take further action that will see the suspension of most of its domestic flying from midnight March 27 until June 14. The reductions are in in addition to the group’s decision to temporarily suspend international flying from March 30 to June 14 and close all Virgin Australia operated lounges across the network.