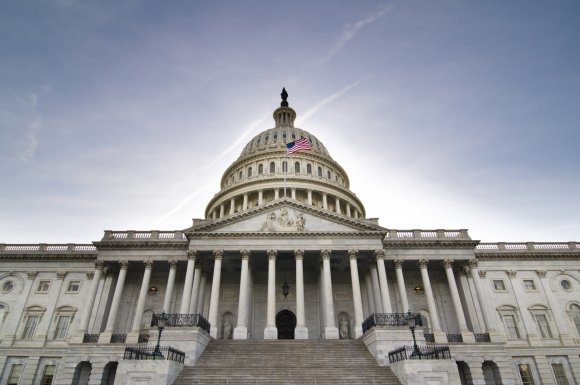 By Ben Goldstein and Aaron Karp

The US Senate passed the largest economic relief legislation in US history after days of heated negotiations between Democratic and Republican lawmakers and the Trump White House, providing a lifeline to a reeling airline industry that has made unprecedented capacity cuts in a short period of time as demand has plummeted in response to the COVID-19 pandemic.

Some $61 billion in financial aid is directed to US airlines as part of the more than $2 trillion package cleared by the Senate overnight. The House is expected to pass the bill Friday, sending it to President Donald Trump’s desk to be signed into law. The legislation also includes $10 billion in aid for US airports.

The bill includes $25 billion in payroll grants for passenger airlines and $4 billion for cargo airlines, in addition to $29 billion in loans and loan guarantees. Some airline contractors including caterers will also be awarded grants worth $3 billion. All grant money must go toward payroll expenses and airlines that accept aid will be barred from furloughing employees through Sept. 30.

In addition to the grants and loans, carriers will also enjoy relief from certain aviation excise taxes through 2020, although they will not be granted rebates for taxes paid so far this year as had been requested through Airlines for America (A4A).

The $61 billion in aid to airlines is part of a $500 billion liquidity assistance package for distressed sectors of the economy. As part of a compromise between negotiators, use of the funds will be monitored by a special inspector general and an oversight board staffed with members selected by Congress.

All companies receiving government loans will be barred from repurchasing their own stock for the lifetime of the loans, plus an additional year. Further restrictions on dividends and executive pay increases are also included.

The aid to airports will see $10 billion flow through the existing FAA Airport Improvement Program (AIP) although eligible spending—normally limited to infrastructure projects—will be expanded to include operational expenses and debt payments. Airport Council International-North America (ACI-NA) estimates that US airports will lose $13.9 billion in 2020 due to the demand slowdown, with a 53% year-over-year reduction in first-half passenger traffic volumes.

“The entire airport industry is extremely grateful Congress and the Trump administration have stepped up to help offset a portion of the $14 billion and counting that airports will lose this year as a result of the steep, unexpected drop in travel brought about by the coronavirus health pandemic,” ACI-NA president and CEO Kevin Burke said in a statement.