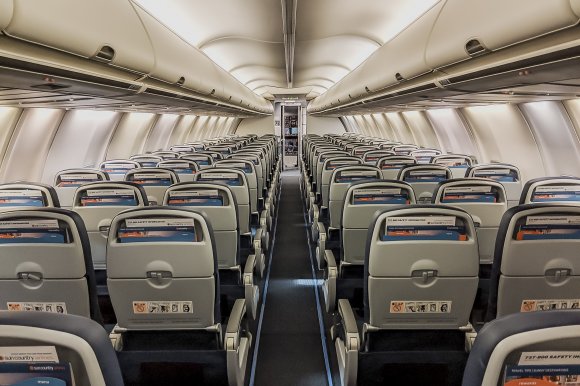 By Ben Goldstein and Aaron Karp

A continuation of service provision in Congress’ recently passed financial assistance package for aviation is causing concern among US airline executives who believe they will be forced to operate low-demand routes that will burn through cash.

The service mandate was included as a condition for all carriers receiving financial assistance as part of the recently passed $2.2 trillion Coronavirus Aid, Relief, and Economic Security (CARES) Act.

The Department of Transportation (DOT) has stated that carriers receiving aid will be required to maintain minimum levels of service to “all points” in their networks prior to March 1. The mandate extends until Sept. 30.

But US airlines reported a collective load factor of just 13% on March 29 and carriers worry they will have to operate near-empty aircraft on numerous routes so they can receive the financial assistance that will enable them to stay afloat and pay employees. The provision means airlines could be the in the paradoxical situation of burning cash on low-demand routes to stay eligible to receive more money from the federal government.

A trade group representing leisure airlines and ULCCs said the continuation of service obligation for carriers receiving federal aid unfairly discriminates against airlines that fly different routes at different times of the year.

In comments submitted to the DOT on March 31, the National Air Carrier Association (NACA) said the order would unfairly penalize low-cost and leisure carriers as it requires them to essentially continue flying their winter schedules through the peak summer season.

“By not taking into account the seasonality of air service provided by a large number of air carriers, including ULCCs, the obligation effectively would require carriers to maintain a schedule developed for the peak winter travel season into the spring travel season and beyond,” NACA wrote.

To ensure the mandate does not place seasonal carriers at a competitive disadvantage compared to their legacy counterparts, NACA asked the DOT to modify its order to allow airlines to propose their own April and May schedules within 10 days of receiving financial aid under the CARES Act.

After reviewing those schedules, the department would then decide on how best to implement the continuation of service obligation, while taking into account each carrier’s unique seasonal demand profile.

NACA also requested that no airline be required to offer more than 3x-weekly service to any given point, with an exception for points served 25x-weekly by that carrier in the prior year. As currently written, the DOT’s order would require carriers that served any market more than five days weekly to continue offering at least one daily flight, five days per week. Points served fewer than five days weekly would only require one scheduled weekly flight.