By Jeremy Robinson, partner at WFW 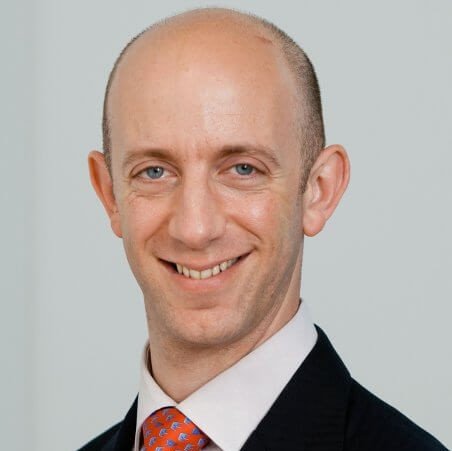 More than all previous shocks, COVID-19 challenges governments’ willingness to support airlines. Where 9/11 and the volcanic eruption in Iceland were single events, COVID-19 is open-ended and ongoing; where the 2008 crash was deep, COVID-19 is deeper; where SARS was contained, COVID-19 is uncontained. The aviation industry must be reshaped; it will not return to its pre-COVID-19 form. And the governments, to which airlines and airports now look for support, can dictate the terms.

Through those details, we will see the faint outlines of the future, each deal contributing a few more pencil strokes to the picture. And that picture today is unclear. For sure there will be winners—airlines that were strong before the crisis will, in the recovery, emerge perhaps even stronger; and helped by having fewer competitors.

Airlines that may be weak but are considered “strategic” might be saved. Those who are neither strong nor strategic will negotiate; and the longer the crisis, the more will negotiate. What they ask for and what they get will differ. Some will cease to operate; some will survive, but smaller. And this will change competition both at the network and route-by-route level.

The industry picture will show familiar airlines, but fewer of them, with smaller fleets—perhaps with a different mix of leased and owned aircraft, and retirement of older craft—along with quieter airports (and maybe fewer of them) and shrunken networks. To grow, the industry will in future face louder calls for emissions reductions, and governments may have the biggest part to play here.

State support – outline of the rules (EU, US)

The European Union has a long-standing and increasingly sophisticated anti-subsidy law, part of its competition rulebook, which regulates what EU Member States—including, for this year at least, the UK as a former Member State—can do to support their aviation industries.

On March 27, President Trump signed into law a substantial economic stimulus package which, among other things, includes support for the aviation industry, subject to detailed conditions.

Title IV of the CARES Act sets out the Coronavirus Economic Stabilization Act of 2020, which is of immediate relevance to carriers. The Act authorizes the Secretary of the Treasury to offer loans, loan guarantees, and other investments in support of eligible businesses, States and municipalities up to $500 billion. Eligible businesses include carriers or a US business that has not otherwise received adequate economic relief by loans or loan guarantees provided elsewhere in the Act. For the aviation industry, this support comprises loans, loan guarantees and other investments, and support for airline workers. The package is worth up to $58 billion, split between $50 billion for passenger airlines and $8 billion for cargo.

The conditions are numerous and include: no more share buybacks for 12 months after loans or loan guarantees cease to be outstanding; no dividends for the same period; maintenance of jobs; and continuation of service.

Already, in Europe, we have seen various approaches to supporting aviation: Italy will renationalize Alitalia, and the French and Dutch governments are reported to be negotiating support to Air France-KLM, which is considered a strategic asset. Sweden has gained EC approval to provide liquidity support to its airlines under the regulator’s “Temporary Framework” for State Aid support. Denmark has gained approval for €137 million ($149 million) support to SAS under the EC’s “Damages Framework” and France has gained approval for French airlines to defer payment of certain aeronautical taxes, also under the Damages Framework.

In the United States, airlines are beginning to agree deals with the federal government for support under the CARES Act subject to multiple conditions, including granting equity to the government.

It has been reported Emirates will receive equity from Dubai, and Singapore Airlines will issue a mixture of debt and equity both for support during the crisis and expansion afterwards.

It has further been reported (March 16) that Austrian Airlines, a subsidiary of Lufthansa, may receive support from its government in Vienna, conditional on meeting climate policy targets. At the time of writing this is unconfirmed and unspecified but—according to Reuters, reporting an Austrian government spokesman— the targets may include: a significant reduction in short-haul flights, the use of eco-friendly jet fuel and adjustments to the flight tax. Other conditions may include job guarantees, Vienna airport remaining a transfer hub, and a government say in strategic decisions.

The jobs guarantee and the insertion of government strategic influence may be unsurprising, but the possible environmental conditions are game-changing.

Reconciling recovery and responsibility through regulation

Even assuming passengers (including business passengers) are, in time, willing to return in great number to the skies, the question has been asked: are we not all going to have to travel less, fly less, and consume less?

This is, at the core, an environmental question: it is argued aviation fuel should be taxed, and it is wrong that some flights are cheaper than rail journeys offering lower emissions. The environmental argument as expressed leads to an envisioned future where flying is generally reduced (alongside consumption more widely), but this raises further questions, such as, if we are “all” to fly less, then, “how much” less? And is that reduction shared equally, in some relation to how much we flew before, or do some categories of passenger get to fly as much as they did before, while others do not fly at all? And which airlines face environmental restrictions—and are thus constrained in the services they offer and how much they can grow—and which are free of these constraints?

Without consistency between governments, the strong airlines not currently requesting specific aid may continue as before (subject to consumer demand) while those who are weaker take state support on strict terms that limit their ability to grow in future. Thus, there may be both a distortion of competition and an ineffective attempt at environmental regulation.

Against this it might be said that you have to start somewhere. There might also be gains from future collaboration between carriers to achieve environmental benefits, subject to competition law. Either way, the picture of the future aviation industry, while outlined only faintly so far, will have governments in the foreground and airlines (some, perhaps not all) striving under regulatory constraints to reconcile their recovery with environmental responsibility.