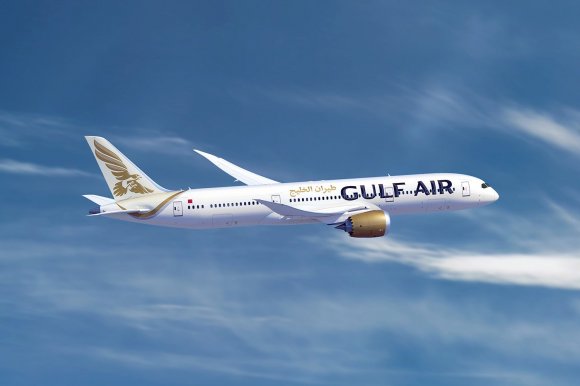 After six weeks of steep capacity declines, the number of departure seats from and within the Middle East edged up slightly last week by 0.4% to 1.3 million seats. However, the figure is almost 3.3 million seats fewer than during the first week of March this year.

Saudi Arabia experienced the largest fall in capacity for the second week in a row. The total number of available seats dropped by more than 58,000 compared with the previous seven days. Kuwait also witnessed a week-on-week fall of almost 25,000 departure seats, equating to a 34% reduction.

However, there was green shoots of growth in five markets in the Middle East: Bahrain, the UAE, Lebanon, Iraq and Jordan. In Bahrain, the total number of departure seats rose by 44,646 to total 55,554 seats, while in UAE there was an increase of 32,438 to total 187,575 seats.

Saudia offered the largest number of departure seats from and within the Middle East last week with 392,415 seats. However, this figure was almost 75,000 fewer than during the previous seven days—the largest drop of any carrier within the region—as the number of new COVID-19 cases in the kingdom continues to creep up. As of April 21, there have been 10,484 cases in Saudi Arabia and 103 reported deaths.

On April 16, Etihad said that subject to government-imposed travel restrictions being lifted, it plans to operate a reduced network of scheduled passenger services from May 1 to June 30, with the aim of gradually returning to a fuller schedule as and when the global situation improves.

“While the intention is to assume a ‘business as usual’ approach to the restart of our operations, the aviation landscape has changed, and how it will look month by month is difficult to predict,” Etihad CEO Tony Douglas said.

“This has necessitated a fundamental shift in focus for us. However, the cumulative gains achieved by our ongoing transformation, and the unwavering support of our shareholder, has left us in a relatively strong position to withstand any instability. We will pivot on this and act with agility to seize opportunities we may not have previously considered.

“We are implementing a series of network-wide route and fleet efficiencies, while conducting an extensive brand study and trialing new service concepts in our guest experience proposition.”

The total number of departure seats across the continent fell by 14.3% last week, compared with the previous seven days, to 814,312 seats. All regions recorded a decline, with the sharpest reduction coming in Southern Africa as total capacity dropped by 26.3% to 162,932 seats.

On a country basis, the number of departure seats in South Africa fell by 59,041, a decline of 31.3% compared with the previous seven days. Nigeria experienced a 22,296 week-on-week reduction, while Tunisia’s market dropped by 20,997 departure seats. Egypt was the only country in Africa to record any notable gains, with the number of weekly seats on offer rising by 19.8% to 91,156.

One of the main stories in African aviation to emerge over the past week is the South African government’s decision to turn down South African Airways’ (SAA) appeal for further funding. The carrier has been in the country’s ‘business rescue’ process since December 2019 as part of efforts restructure it. However, reports over the weekend (April 18) said the state-owned airline has offered a severance deal to all 4,700 staff.

The South African parliament’s Standing Committee on Public Accounts (Scopa) welcomed the decision to refuse further investment. In a statement released on April 15, Scopa said that SAA “cannot keep on requesting bailouts from the government while refusing to table financials on how these bailouts are being used. This poses a challenge in terms of oversight over the public purse.

“Questions still remain unanswered with regard to the ZAR3.5 billion loan from the Development Bank of Southern Africa that was given to SAA in January this year. This loan was granted in the absence of clear information on the financial situation of the airline.

“Scopa has held numerous meetings with both SAA and the minister on this matter and believes that the airline has reached the end of its rope. It is unfortunate that the real casualties of this situation will be the workers of the airline who are forced by this situation to be unemployed.”