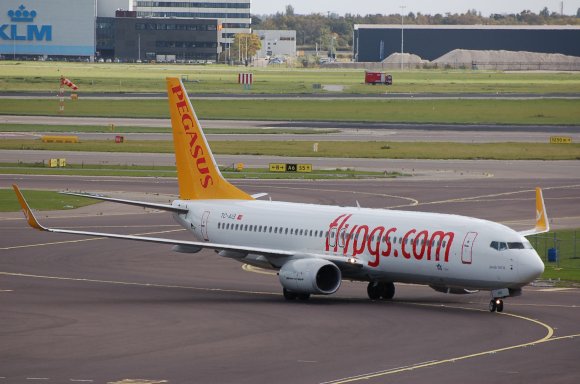 A time when the start of the summer season normally sees capacity rise across the continent, the number of scheduled departure seats from and within Europe dropped below the 3 million-mark last week (w/c April 13), a reduction of 22.8% from the previous seven days. In Western Europe there were 1.72 million seats while in Central and Eastern Europe there were 1.26 million.

With many airlines having already grounded the majority of their fleets, the figures are obviously a huge reduction when compared with the same week in 2019. During w/c April 15, 2019, the number of Western Europe departure seats topped 23 million, while in Central and Eastern Europe the figure was 4.1 million.

Capacity from and within Turkey plunged by 84.7% last week to just 55,742 departure seats as a result of the tighter travel restrictions imposed by the country’s government earlier in the month. Passengers who are not Turkish nationals or residents of Turkey are not permitted to enter the country, meaning few international flights are operating.

National carrier Turkish Airlines initially halted almost all international flights until April 17 but has now extended the hiatus until mid-May. Domestic flights have also been suspended until May 1. As of April 21, there have been 91,000 confirmed COVID-19 cases in Turkey and more than 2,100 deaths.

Elsewhere in Europe, capacity from and within Russia dropped by 17.1% as the number of COVID-19 reported cases continues to increase. However, with almost 640,000 available departure seats last week, the country remains Europe’s largest market.

The OAG data shows Turkish low-cost carrier Pegasus Airlines recorded the largest drop in capacity last week—down by more than 312,000 seats, or 99.8% on the previous seven days—amid the tighter travel restrictions in the country. The airline initially suspended flights until April 30 but has since extended that to May 15 in line with government guidelines. The grounding of Spanish airline Volotea’s fleet and that of Transavia France also resulted in weekly reductions of 154,000 and almost 65,000 seats respectively.

Within the past week, the European Commission has approved a Danish state guarantee of up to €137 million (€148.8 million) for Scandinavian Airlines (SAS), ruling that the funding is in line with EU state-aid rules. The revolving credit facility guarantee will compensate SAS for flight disruption caused by Danish travel restrictions. “Since the start of the coronavirus outbreak, SAS has suffered a significant reduction of its services, resulting in high operating losses,” the EC said.

In Norway, there are furlough programs which means that the government pays for all salary related costs throughout the duration of the furlough period. However, Norwegian said there is not the equivalent in Sweden or Denmark

“The impact the coronavirus has had on the airline industry is unprecedented. We have done everything we can to avoid making this last-resort decision and we have asked for access to government support in both Sweden and Denmark,” CEO of Norwegian Jacob Schram said.

Virgin Group chairman Richard Branson has said that Virgin Atlantic will need government support if they are to survive and to keep competition alive in markets that would otherwise become effective monopolies.

He said the group and management at Virgin Atlantic would do everything possible to keep the airline going but would “need government support to achieve that in the face of the severe uncertainty surrounding travel today and not knowing how long the planes will be grounded for.”

Italy’s government has pledged to make a “significant investment” in the newly nationalized flag carrier Alitalia. “We will make a significant investment in Alitalia, also because Alitalia will have a fundamental role in the relaunch of the economy and the tourism sector in the coming months and years,” transport and infrastructure minister Paola De Micheli said in a video posted online by Italian TV channel La7.  The airline is set to be relaunched in May once the current COVID-19 lockdown ends, three years after Alitalia filed for bankruptcy.