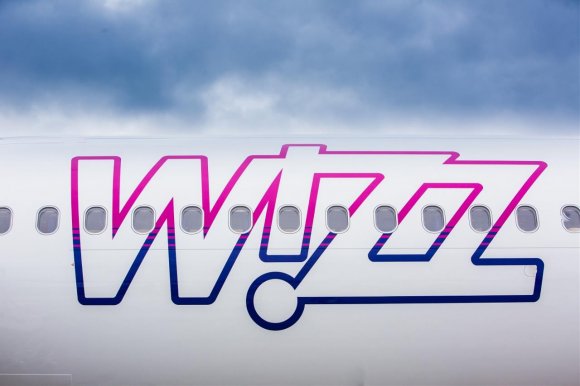 Wizz Air expects to enter new markets in Europe and increase the scale of its planned Abu Dhabi venture once travel restrictions imposed by the COVID-19 crisis have been eased, the Hungarian airline’s founder and CEO József Váradi has said.

Speaking during Aviation Week Network’s latest Air Transport Webinar, Váradi explained that the Central and Eastern Europe ultra-low-cost carrier was in “a fairly unique position” relative to the rest of the industry thanks to a strong balance sheet. As a result, the airline will also not seek to defer deliveries of the Airbus A321s it has on order.

“We are coming into this with stronger liquidity than most other airlines and I think that makes us more resilient,” Váradi said. “At the same time, being the lowest cost producer in the industry in Europe, there will be more opportunities for us post coronavirus. I'm quite certain that we will be one of the beneficiaries of the consolidation process that is going to happen.”

Wizz, which is currently flying about 3% of its capacity, this month announced plans to cut 1,000 jobs and return 32 older aircraft by the end of 2022-23 as their leases expire. However, the airline said it maintains “excellent” liquidity, including €1.5 billion ($1.62 billion) in cash.

The ULCC has also been granted access to the UK government's Covid Corporate Financing Facility, which would enable it to draw down £300 million ($370 million) of additional funding.

“If the airline stays grounded for another 18 months, we would still be in business—that's the level of liquidity that we have,” Váradi said.

Once travel restrictions begin to be lifted, Váradi said Wizz would enter new markets in Europe because there will be “vacuums to be filled.” He expects the carrier to restart operations at a rate of about 30% of the originally intended capacity, rising to 75-80% in existing markets within two to three months.

“We will also be looking at reshuffling the fleet for new market opportunities and we will be entering brand new markets. In five to six months, we could be flying 100% of our capacity,” Váradi said.

In March, Wizz concluded a definitive agreement with its partner Abu Dhabi Developmental Holding Company to jointly establish a new airline in Abu Dhabi, originally scheduled to launch this fall. The startup, named Wizz Air Abu Dhabi, plans to offer a range of routes to destinations in the Middle East, Europe, Asia and Africa.

“We are trying to launch even earlier than what we originally planned, and the scale will be bigger,” Váradi said. “We are bringing a niche that does not really exist at this point in time. We’ll be stimulating the marketplace and that feeds into the strategic objectives of Abu Dhabi.”

Váradi also said Wizz expects to take 25 new A321neos over the next 20 months and has no plans to defer deliveries. The airline, which is backed by private equity firm Indigo Partners, has 186 A321neos on order, of which eight have already been delivered.

“I'm actually more inclined to take A321 deliveries because it offers 20% lower unit costs than a normal A320,” he said. “I’m seeing most of the industry sort of going backwards and deferring deliveries. By taking more I’m increasing my competitive advantage quite substantially.”

However, Váradi cautioned that the pace of Wizz’s plans to resume operations post COVID-19 will largely depend on there being a joined-up approach from countries across Europe.

“Europe is a zoo at the moment; it’s a complete mess,” he said. “Every country has a different set of measures and they are totally uncoordinated. While one country might not be banning flights, the destination country could be banning them. That means you cannot fly.”

In March, Wizz was named the ATW 2020 Airline of the Year. It is the first time that the award has been bestowed on an ultra-LCC.