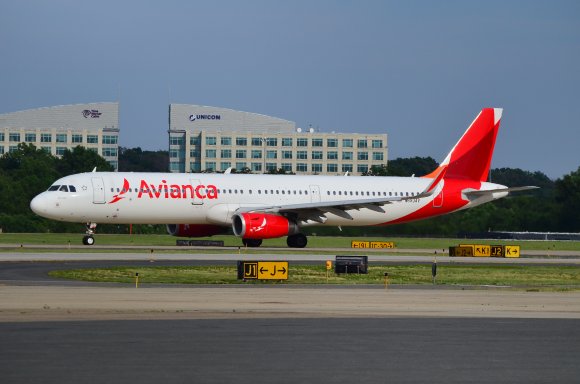 Total capacity across Latin America dropped by a further 20% last week (w/c April 20) to total 1.34 million departure seats—a figure 84% lower than during the same week a year ago. The area with the most dramatic fall in numerical terms was Upper South America, where the number of departure seats reduced by more than 150,000 to total 292,265.

As of May 1, Mexico had 19,200 confirmed cases of the coronavirus and 1,859 deaths. A national health emergency has been declared and the government has suspended all non-essential activities in the public and private sector until May 30.

Colombia recorded the second-largest reduction in capacity, with its market shrinking by almost 100,000 seats compared with the previous seven days. The country’s land and sea borders are now closed, including the border with Ecuador. Airports are also closed to international traffic until May 31 provisionally. Colombia has so far recorded 6,200 confirmed COVID-19 cases and 278 deaths.

In Argentina, the country’s government prompted outcry this week when it issued a decree banning all commercial flight ticket sales in Argentina until September. The country’s border has been closed to all non-essential international travel since March 20. The National Civil Aviation Administration said the planned extension of the ban until Sept. 1 is “understood to be reasonable.”

However, IATA, ALTA and ACI Latin America and Caribbean have collectively urged Argentine authorities to consider the “imminent and substantial risks” represented by the decree. IATA regional VP for Americas Peter Cerda said extending the ban to September will cost $3.2 billion in lost revenue versus the $2.2 billion impact forecast if travel restrictions were to be lifted in May.

Mexico City-based Volaris plans to cut capacity by 90% in May. The ULCC’s management expects capacity cuts to average 80% in the second quarter, falling to 50-60% by Q3. Mexico has extended governmental restrictions to contain the COVID-19 until May 30 and plans to begin easing up restrictions from June 1 if the current measures are successful.

Volaris president and CEO Enrique Beltranena said he expects some government support on extending credit terms. He confirmed the airline is in talks with the Mexican Central Bank about a possible credit line “mainly to support employment continuity.” Still, he expects the aid to fall far short of levels seen in other countries like the U.S. and Canada.

Fellow Mexican carrier Viva Aerobus has temporarily configured 10 Airbus A320 passenger aircraft to perform freighter flights. Each aircraft has a capacity of up to 19 tons of cargo. The airline entered the air freight market at the end of 2019, a service it offers through the provider Aerocharter.

“We want to meet the needs of the airline industry by supporting supply chains and assisting households in Mexico, so that supplies, products, medicines and humanitarian aid continue to fly through the Mexican skies and reach their destinations as soon as possible,” Viva Aerobus CEO Juan Carlos Zuazua said.

Meanwhile, Avianca has carried out its second-ever flight between Colombia and China as part of plans to move 28 tons of general cargo and medical supplies. In its 100-year history, the airline has only ever landed in China once before when a DC4 made a stopover in the country on its way to Sydney for the 1956 Olympics.

The latest flight departed from Bogotá, stopping in Los Angeles and Tokyo, before landing in Shanghai on April 29. It will return to Colombia on May 2. The airline expects to operate the service 3X-weekly.

“We will continue to operate this route to bring medical supplies and protective equipment from China, among other products that will undoubtedly be very useful in Latin America in this difficult situation,” Avianca Cargo MD Kurt Schosinsky said.