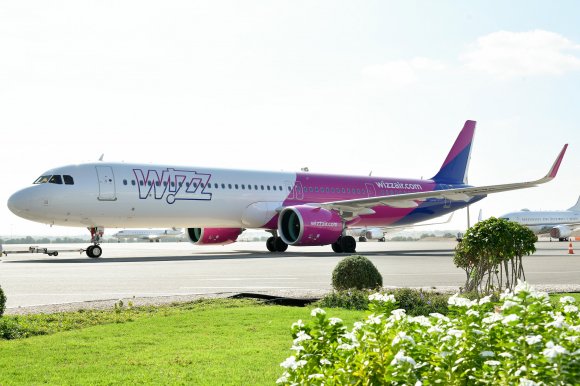 ULCC Wizz Air has revealed the first five markets it plans to serve from Abu Dhabi International (AUH) ahead of opening a hub there later this year.

The routes will connect the capital of United Arab Emirates with Budapest (BUD), Hungary and Bucharest (OTP), Romania from June 3, with flights from Katowice (KTW) in Poland, Sofia (SOF) in Bulgaria and Cluj-Napoca (CLJ) in Romania following on Sept. 15.

The planned services come as Wizz Air prepares to launch a new airline in Abu Dhabi as part of a joint venture with Abu Dhabi Developmental Holding Company. The carrier, named Wizz Air Abu Dhabi, will be the first AOC that Hungary’s Wizz Air has set up outside Europe.

“These new routes positively reflect the industry’s resilience and its capability to continue pushing forward with bold plans that will stimulate consumer demand and the sustained recovery of the aviation market.”

Flights from BUD and OTP will be 2X-weekly until Sept. 30, before rising to 3X-weekly, while KTW, SOF and CLJ will all be 2X-weekly.

According to data from OAG Schedules Analyser, there were 13.6 million departure seats from Abu Dhabi—not just AUH—in 2019 of which just 6% were flown by LCCs. Air India Express offered the most seats in the market during the year, followed by fellow Indian LCCs IndiGo and GoAir.

Air Arabia and Etihad Airways are also hoping to start a new LCC in Abu Dhabi this year having received an AOC for Air Arabia Abu Dhabi.

Prior to the COVID-19 pandemic, the partners expected to launch the carrier during the second quarter of 2020. It will now begin flights once “market conditions improve and skies are open again.”

“Despite these unprecedented times, today’s announcement is a message of positivity that reflects the strength of the UAE’s aviation industry,” Etihad Aviation Group CEO Tony Douglas said in late April.

“We are pushing ahead with our plans to resume normal flying and once we have, Air Arabia Abu Dhabi will ideally serve those who wish to explore new destinations from the capital, meeting the growing demand for low-cost travel in the region and complementing Etihad’s own global network.”

Air Arabia Abu Dhabi has been assigned the reservation code 3L by IATA.