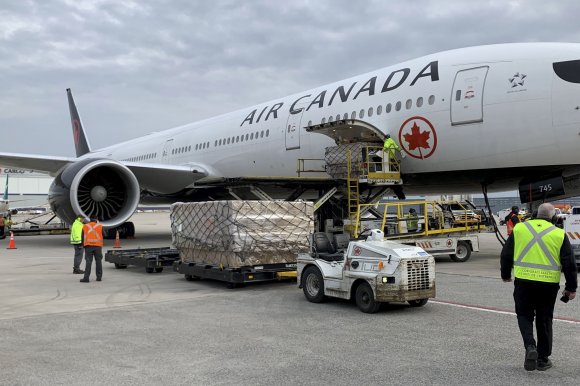 Air Canada CEO Calin Rovinescu has said the airline is now “in a state of hibernation” and he expects it to be a “minimum” of three years before 2019 levels of revenue and service return.

Speaking to analysts on a May 4 conference call to discuss first-quarter earnings, Rovinescu provided a grim view of the current state of Air Canada and the airline industry in general, saying the COVID-19 pandemic has had a “sudden and catastrophic impact” on commercial aviation. The recovery for the airline industry will be slow, he predicted.

“We’re now living through the darkest period ever in commercial aviation, significantly worse than the aftermath of 9/11 or SARS,” he said.

“We’re effectively putting the airline in a state of hibernation, unwinding a decade of international growth … We expect it to take three years for Air Canada to get back to 2019 levels of revenue and service.”

Montreal-based Air Canada has reduced second-quarter 2020 capacity by 85-90% year-over-year (YOY). Third-quarter 2020 capacity is expected to be reduced by approximately 75% YOY. “The airline will continue to dynamically adjust capacity and take other measures as required to account for health warnings, travel restrictions, border closures globally and passenger demand,” the airline said in a statement.

Air Canada suspended all transborder flying to the US at the end of April. It has cut its international network of 101 destinations down to just six. At home it is operating a skeletal domestic network.

Air Canada is accelerating the retirement of 79 older aircraft from its fleet—a mix of Boeing 767s, Airbus A319s and Embraer E190s that will be taken out of service within the next two years. The carrier will cease operating E190s effective immediately.

Air Canada has operated more than 500 all-cargo international flights since March 22 and plans to fly up to 150 all-cargo flights per week in the second quarter. It has converted four 777s and four A330s into freighters by removing all passenger seats. It is also using unconverted 787s to carry cargo.

Despite the dire near-term outlook, Rovinescu expressed confidence that Air Canada will emerge from the COVID-19 crisis intact.

“We entered this [crisis] with one of the best balance sheets of any international airline,” he said.

The Canadian government has not announced any plans to provide aid to the country’s airlines. Asked about whether the Canadian government should provide assistance to airlines, as has happened in the US and Europe, Rovinescu said: “We are following what’s going on in other parts of the world … Virtually all of the US carriers have stepped up and benefited [from government aid] … There are models that are out there. As I said, we came into this with a very strong balance sheet [and were not on the verge of imminent collapse]. Our government is studying models that have taken place elsewhere.”

The return of Air Canada to normal operations is “really at this stage contingent on factors that are well out of control of an airline,” Rovinescu said. The recovery of air travel demand depends on how quickly governments open up countries from COVID-19 lockdowns and whether businesses such as restaurants are able to open again, according to the CEO.