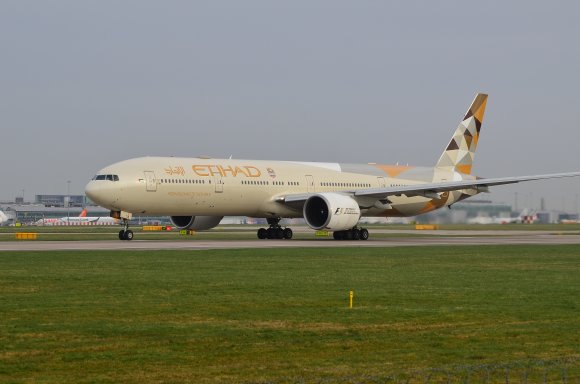 Etihad is to restore service from Melbourne (MEL) to London Heathrow (LHR) via its hub in Abu Dhabi (AUH) after it was suspended because of the COVID-19 crisis.

Flights will operate once per week commencing May 15 from Australia and May 21 from the UK. The airline intends to maintain the services until its regular double-daily connections can be restored between the two cities.

The MEL-AUH-LHR route will initially be served by a two-class Boeing 777-300ER, before switching to a 787-9 from May 21. As transit flights in Abu Dhabi are still banned, the airline will use the same aircraft for both the MEL-AUH and AUH-LHR legs, with passengers remaining on board in the United Arab Emirates.

Etihad stressed that the flights would comply with UAE and international government, regulatory and health authority directives.

“The airline has implemented an extensive sanitisation and customer safety programme and is practicing the highest standards of hygiene at every part of the customer journey,” a statement said.

Australia banned most international travel on March 25 and the country’s citizens and permanent residents can only leave if granted an exemption.

Passengers arriving into Australia must be isolated in mandatory quarantine accommodation for 14 days from their arrival, with few exceptions. After this period ends, they can transit domestically.