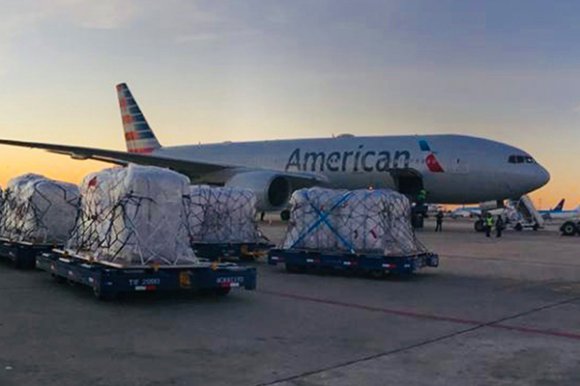 Prior to the COVID-19 crisis, American had not operated an all-cargo flight since 1984. But that changed in April as passenger demand dropped significantly and belly cargo networks shrank. As the coronavirus spread around the world, the demand for certain health-related items skyrocketed in response to the demands of dealing with COVID-19 at hospitals, while grocery shelves needed filling to match the appetite for stay-at-home orders.

“Cargo-only fights have allowed us to transport medical equipment, communications and technology tools, pharmaceuticals and food supplies,” American president of cargo and VP of international operations Rick Elieson said. “Air cargo is uniquely positioned to connect the world at a time when barriers and distance threaten to separate us.”

American sold its six 747 freighters in 1984, one of which was purchased by NASA and converted to ferry the space shuttle between missions. It continued to fly belly cargo in its passenger aircraft.

American is now using passenger 777s and 787s as all-cargo aircraft. With no need to split the belly hold between cargo and luggage,American’s 777-300s have 14 cargo positions for large pallets and can carry more than 100,000 lb.